ORION Minerals CEO, Errol Smart, said an agreement completed in the firm’s March quarter to secure the Okiep Copper Project (OCP) was “… a case of the right deal at the right time and in the right place for Orion”.

First announced in February for an initial purchase price of A$7.5m, the plan is to restore OCP to historic copper production of 40,000 tons of metal annually.

The OCC Project includes several unmined, drilled copper deposits, many with mine access declines and shafts in place. In a separate agreement, Orion has bought a geological database owned by OCP preparing the ground for what Smart thinks could become a second copper hub in the Northern Cape province.

In addition to OCP, Orion is building the A$432m Prieska Copper-Zinc Project which is scoped to produce 20,000 tons of copper a year, and 70,000 tons of zinc a year, also in the Northern Cape.

Smart said the March quarter had been “transformational” with OCP comprising “the key highlight. The deal had been “… warmly received by investors around the world at a time when the global pipeline for near- term production opportunities in the copper sector is almost empty.

“The OCP has strong operational synergies with our existing flagship Prieska Copper-Zinc Project and will provide an outstanding platform to develop a second base metals production hub in South Africa’s Northern Cape,” he said.

Smart said he was confident of finalising funding for Prieska Copper-Zinc Project in the second half of the calendar year. “We are continuing engagements with Tier-1 financing groups and institutions, with good progress being made,” he said.

The copper price surged again this week led by supply-side concerns including a strike by a group of port workers in Chile, according to a report by Bloomberg News.

“While demand may have done as much as it can for the shorter-term cycle, supply bottlenecks both in raw materials and in freight continue to support,” Bloomberg quoted BMO Capital Markets as saying in an e-mailed note. 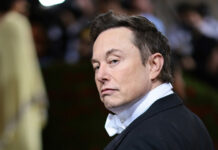