WAGE talks between South32 and the National Union of Metalworkers of South Africa (Numsa) had deadlocked, the union said over the weekend. The dispute concerns Numsa members employed at the Hillside aluminium smelter in KwaZulu-Natal province.

Numsa said it disputed South32’s proposal that it table an “across the board” offer with a cash component included. The talks were held under the auspices of the Commission for Conciliation, Mediation and Arbitration (CCMA).

“So in this instance, South 32 is offering 3.1% increase across the board. And then on top of that it is offering a once-off increase of 4% which is paid for only one month in cash,” said Numsa in its statement.

“South32 has not been fair in its approach to wage talks. They have already offered white collar workers, who earn much more than ordinary blue collar workers, 6.5% across the board, and what is worse is they have implemented the increase. This is unfair and it is a form of discrimination against employees,” it said.

South32 said it was aware of Numsa’s rejection to the hybrid wage offer and that a dispute resolution meeting with the union was scheduled for next week (September 15 and 16).

Said the miner: “NUMSA put forward a 15% one-year agreement. In response to this, a revised offer taking into consideration the sustainability of the business was tabled by management, which provides for a hybrid model for operators and artisans, whilst for production technicians a CPI (consumer price inflation) increase has been offered.”

CPI jumped to 7.8% in July from 7.4% in June, according to data from Statistics South Africa on August 24.

“We remain committed to engaging in further bilateral meetings and are confident that with constructive and transparent discussions, an amicable resolution will be achieved,” the group said.

The company will also return cash to shareholders with an interim and special dividend worth a combined $1.3bn for the 2022 financial year.

Graham Kerr, CEO of South32, attributed this record windfall, constituting 10% of the company’s market capitalisation, to the “strong financial performance and disciplined approach” to capital management. 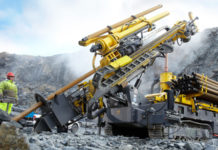