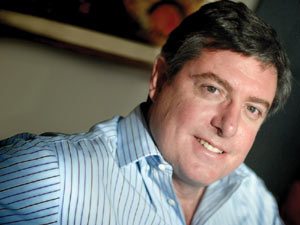 [miningmx.com] – Coal of Africa (CoAL) shares remained under pressure on the JSE today following two company statements revealing a delay to the sale of the Mooiplaats colliery and a restructuring of the capital raise announced in August.

These developments followed an article in Business Day on December 12 reporting that farmers and local communities had obtained a court order halting some of the initial work at the site of CoAL’s proposed Makhado coal mine in Limpopo Province.

The CoAL share price slid more than 2% to 42c taking it back near the all-time low of 38c which it reached earlier in December. The 12-month high for CoAL shares was 130c while the five year high was R12 and CoAL shares traded at a peak of R35 back in 2008.

But investors on London’s AIM bourse took a more optimistic view boosting CoAL shares 12% to 2.33 pence despite the opinion of UK broking firm Numis Securities that the latest statements from CoAL amounted to a “small negative’.

According to a report by Investec Securities UK, ” it is encouraging to see the investment continuing, despite the moribund coal price environment.’

The sale of Mooiplaats and the capital raise are crucial to the success of CoAL’s “turnaround strategy’ which is to get its re-designed Vele colliery back into operation and then raise funds for the development of Makhado on which the company’s long-term future is dependent.

CoAL also has to pay the final $30m owed to Rio Tinto for the purchase of the Chapudi coal tenements in Limpopo Province which is now overdue.

CEO David Brown in his report for the September quarter published on October 23 said discussions on the liability “continued during the quarter’ but coal industry sources say Rio Tinto is getting impatient and putting pressure on CoAL for final payment.

The capital raise announced in August was intended to bring in $64.9m through the issue of 695 million shares in two tranches but the second tranche has now been split in two to make it a three stage transaction.

According to Brown the delay to the sale of Mooiplaats is because the due diligence exercise was not completed by the end of November as scheduled. He said the deadline had now been extended to the end of January and commented the transaction should be completed during the first quarter of 2015.

Brown added, “the overall timing of payment of the purchase price is expected to occur as originally reported.’

The implications of the legal action against the Makhado colliery are potentially serious given the previous success of the environmental lobby’s opposition to the Vele Colliery although Vele is situated near a national park – Mapungubwe – which Makhado is not.

In a company announcement released on December 12 Brown said CoAL acknowledged the Business Day article but added that CoAL was “not afforded the opportunity to review any documentation prior to the interdict being granted.

“The company will be investigating the process as the relevant notifications were not received timeously. The company will also be working with various government departments to set aside the interdict and does not anticipate that this process will impede on the delivery timetable for the mine to come into commercial production during calendar year 2019.’

But the environmental movement seems to have gained considerable ground through its virulent opposition to Vele judging by the notice published in the Government Gazette of September 12.

In that notice the Minister of Mineral Resources – Ngoaka Ramathlodi – declared an enlarged “buffer zone’ around the Mapungubwe National Park in which no further applications for prospecting rights or mining rights would be granted and stringent restrictions would be imposed on any existing mining rights.

One of the outcomes of the confrontation between CoAL and the coalition of conservation organisations opposing Vele was a call from both sides for Government to establish clearer guidelines on the optimal use of regions in the country where there was a conflict between mining and conservation.

That now seems to be happening and, while Makhado is situated far from Mapungubwe, it seems the conservation lobby is going to fight this proposed colliery just as bitterly as it did Vele.