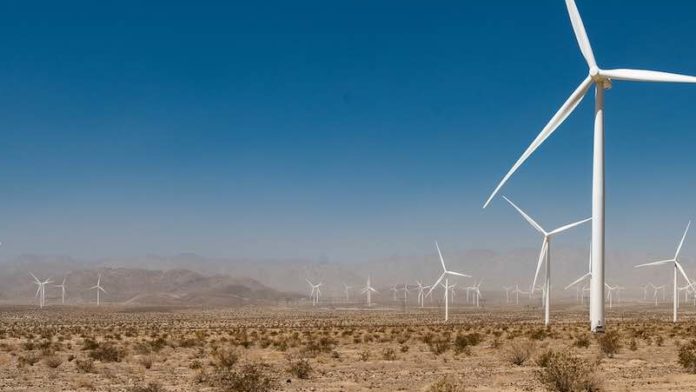 ANGLO American is to build 600MW in solar and wind power in South Africa after establishing a joint venture company Envusa Energy with EDF Renewables.

The two companies signed a memorandum of understanding last year in which they planned to develop “an ecosystem” of renewable energy plants capable of generating three to five gigawats of power by 2030.

Anglo said this first phase would be fully funded through debt “that is typical for high quality energy infrastructure projects”. Construction was scheduled to begin next year.

De Ruyter announced last week plans to buy up to 1,000MW of spare capacity from the private sector in order to limit the extent of rotational blackouts, or loadshedding.

Anglo said Envusa Energy would supply it with renewable energy generated on the company’s sites via the national grid. Its fleet of solar and wind plants would aggregate energy from geographically dispersed areas of the country.

Anglo American has already secured 100% renewable electricity supply for all its operations in South America, resulting in 56% of our global grid supply expected to be sourced from renewables by 2023.

“This partnership with Anglo American confirms our long-term perspectives in the country: this 600 MW first tranche of projects will be added to the almost 1GW that EDF Renewables will be building or operating in the country by 2023 – including 420 MW of wind projects in REIPPP Bid Window 5, whose PPAs were signed with Eskom and the DMRE on 22 September 2022,” said Tristan de Drouas, CEO at EDF Renewables in South Africa.