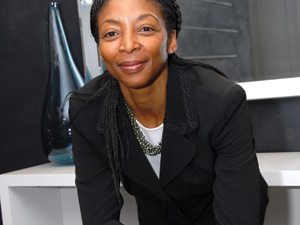 [miningmx.com] – ARCELORMITTAL SA (AMSA) railed against the National Treasury’s carbon tax prosposal saying it could cost the group R600m a year – an amount AMSA would struggle to lower as there were “limited opportunities …. to reduce carbon emissions in the steel production process”.

The National Treasury published a discussion paper as a prelude to implementation of a carbon tax in January 2015. It has been proposed that a tax of R120 per tonne of carbon dioxide be levied increasing 10% annually.

Nonkululeko Nyembezi-Heita, CEO of AMSA, said in the steel group’s interim results announcement today that while it was difficult to assess the financial impact of the proposed tax, current estimations are that it would exceed R600m a year.

“Very limited opportunities exist to reduce carbon emissions in the steel production process, and no feasible low carbon alternatives exist at this stage to produce steel from iron ore,” she said in her results commentary.

“Therefore, the intention of the carbon tax to change behaviour cannot be realised within the iron and steel industry. This aspect will be raised further with the National Treasury,” Nyembezi-Heita said.

The prospect of the tax comes amid another sobering set of results for the steel producer which continues to face down a raft of anti-competitive investigations into its business activities by the Competition Commission.

The group posted an interim headline loss of R123m owing to disappointing infrastructure development domestically, and a fire at Vanderbijlpark Works which led to lower liquid steel production.

It also painted an unpromising picture for the remainder of the financial year saying that third quarter earnings would be lower than in the second quarter owing partly to “lingering weakness in the domestic economy”.

This was despite a weakening in the rand which was expected to provide a boost to export earnings from the third quarter, the company said.

Liquid steel production in the first half of AMSA’s financial year was 246,000 tonnes lower than in the interim period of the previous financial year. Production was stable in other plants owned by the company.

Steel sales dropped 16% to a total of 2.1 million tonnes, and commercial coke sales were down 9% compared to the interim period of the 2012 financial year.

The impact of the fire at Vanderbijlpark Works on pretax earnings was estimated at about R765m. The facility is now operating again after record remediation which gave a healthy lift to the group’s pretax second quarter earnings performance. The balance sheet is still relatively strong with net cash of just over R1bn.

“Domestic sales are expected to remain flat and any increase in steel prices will be more than offset by increasing costs in particular, higher winter electricity tariffs and iron ore,” Nyembezi-Heita said commenting on third quarter prospects.

AMSA said that it had completed the exploration phase of its Northern Cape iron ore project and it anticipated applying for mining rights in the third quarter. It was in the process of assessing the exploration data.