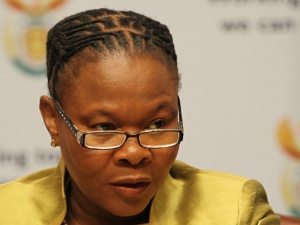 [miningmx.com] – THE Department of Mineral Resources (DMR) this week acknowledged that capacity constraints previously made it difficult to properly implement the Minerals and Petroleum Resources Development Act (MPRDA), which was promulgated in 2002.

“One of the important shortcomings we’ve identified during the first ten years (of the MPRDA’s existence) is that we didn’t create sufficient capacity within the department to effect its implementation,’ the DMR’s deputy director-general, Mosa Mabuza, told parliament. He said the department is currently undergoing restructuring to make sure legislation is implemented.

But notwithstanding this acknowledgement, the DMR will soon be the authority that oversees not only mining, but will also retain most environmental management requirements, if the MPRDA amendments are to be signed into law in their current format.

The MPRDA Amendment Bill currently serves before the Portfolio Committee on Mineral Resources and the ANC would ideally want the legislation to be passed before the current parliament’s term comes to an end in March 2014.

The Amendment Bill has been the subject of much criticism since it was gazetted for public comments in December last year. Analysts, lawyers and mining houses fear it increases uncertainty in an industry that is suffering from a downturn in resource prices, labour unrest, lower productivity and bloated wage demands.

The draft legislation would give mines minister Susan Shabangu a range of discretionary powers over the beneficiation of minerals and the granting of mineral rights, among other things.

In terms of the MPRDA Amendment Bill, there would be alignment with the National Environmental Management Act (NEMA) when a decision has to be made about the granting of mining licences.

“While we have welcomed the application of NEMA when applying for prospecting and mining rights, the DMR has little or no expertise or capacity to assess environmental impacts, or issue appropriate and lawful environmental authorisations,’ CER executive director Melissa Fourie says.

“There’s significantly more capacity for and experience with environmental impact assessment at the Department of Environmental Affairs and in provincial environment departments than with the DMR.

Environmental Affairs has its own inspectorate which monitors compliance, investigates violations and issues administrative directives. The DMR doesn’t.’

The environmental management inspectorate also has designated provincial and municipal environmental officials, which significantly enhances the capacity, particularly in comparison with the DMR.

Notwithstanding the DMR’s own acknowledgement of capacity constraints, it insists the new legislative regime will create a more “streamlined’ approach for the granting of licences.

According to Andre Andreas, policy director at the DMR, they are considering a “300 day-model’ for the consideration of mining and prospecting licences.

“We’re aligning the granting of a mining right with the same period it takes for Water Affairs to issue a water licence. Some of the current right holders are compliant with the MPRDA, but they continue to mine without a water use licence. You can’t be in compliance with one piece of legislation, but not with another.’

The MPRDA will be subjected to public hearings where civil society, lawyers, environmental groups and the mining sector will be able to air their views on the proposed legislation.