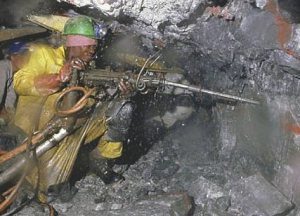 [miningmx.com] – SOUTH Africa’s platinum sector ought to have stuck with a strategy of mechanisation in order to minimise labour-related strife, said Brad Mills, the former CEO of Lonmin.

Mills was heavily criticised in the past for attempting to mechanise some of Lonmin’s platinum mine, but he told Reuters that mechanisation was a 15-year process that should have been stuck to.

“My view was, this is a 15-year process but you’ve got to get your head out of this trap,” Mills said, “And the only way you’re going to do it is to convert, mechanise, as painful as that might be.”

Mills currently runs a privaty equity firm, Mandalay Resources, investing in the copper and gold sectors among others.

Given what’s happened, it was exactly the wrong decision. The whole disaster they’ve had has been with the rock drill operators, which is the guys you get rid of when you mechanise,” Mills told Reuters.

“Machines don’t annually come up and want 15% more salary to do their job.”