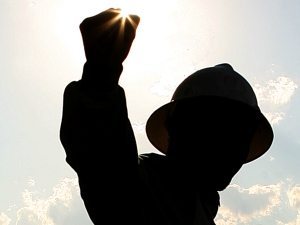 [miningmx.com] – THE release of a preliminary report into how South African mining firms measured up against the targets outlined in the 2004 mining charter, which was updated in 2010, was predictably focused on ownership.

This is the issue regarding the mining charter’s demand that a minimum 26% of South Africa’s mining companies be owned by historically disadvantaged South Africans (HDSAs). The mining sector believes that target has been met whilst the Department of Mineral Resources (DMR) insists it has not.

The difference of opinion turns on the DMR’s refusal to acknowledge transactions that are now no longer in existence of which the best example is Mvelaphanda Resources, a Johannesburg-listed mining company that was closed in about 2010.

Ngoako Ramalathlodi, mines minister, has agreed to take the matter to the High Court jointly with the Chamber of Mines. As a lawyer, he knows that fighting the matter separately could take a considerable amount of time and lead to more uncertainty for the sector.

A lesser known aspect of the mining charter, however, is the DMR’s unhappiness with the sector’s efforts to improve housing and living conditions, as well as sustainable development. As with the ownership targets, the DMR believes the sector has failed the charter.

Roughly 63% of rightholders – companies that were granted a new order mining right by the DMR and have the licence to mine – successfully converted hostels to either family units or single accommodation units. However, more could be done, said the DMR.

“The drive to improve the living standards of mineworkers has not been fully realised,’ said Ramatlhodi. “More needs to be done to address the broader objective of ensuring that mineworkers live in decent accommodation,’ he said.

No doubt the government is additionally informed by the events of the Marikana Massacre in 2012 where mineworkers living in informal settlements were a social factor among many fatal ingredients that contributed to the events there.

According to gold mining companies – AngloGold Ashanti, Harmony Gold, Gold Fields and Sibanye Gold – some R1.5bn has been spent on housing and accommodation, but it is struggling to tackle the updated targets in the 2010 version of the charter.

It calls for the complete conversion or upgrade of hostels into family units and an occupancy rate of one person per room by the end of 2014, the facilitation of home ownership options for all mine employees.

Gold miners say, however, that their efforts are sometimes overtaken by rapid rates of urbanisation in mining areas that put pressure on infrastructure that the government should, but cannot, provide.

Ageing mines with a limited life expectancy also mean there is inadequate time to address issues while the marginality of other operations make the housing targets unaffordable.

Indebtedness is another. Miners wanting to become homeowners have to be liquid while others, especially migrant workers, don’t want a home and would prefer to stick with the living-out allowance (LOAs). Notably the benefits of LOAs, first established in 1998, are being increasingly questioned.

This is especially true in the platinum sector where the sudden increase in production growth from 2000 to 2010 brought with it a rapid increase in labour numbers, much of it migrant, and a social change that was hard to contain in such a short space of time.

The gold sector, however, is unlike the platinum sector. It is more established with some 30% to 60% of mineworkers electing to stay in mine residences.

Yet gold producers acknowledge the problems of LOAs, migrant work and the restive nature of the union forces that motivate worker issues are persistent and urgent.

It has called for an integrated approach that involves communities and Government – a view that chimes with the comments of Royal Bafokeng Platinum chairman, Steve Phiri, recently who observed in that company’s annual report that a line has to be drawn between the responsibilities of the private sector and the government obligations.