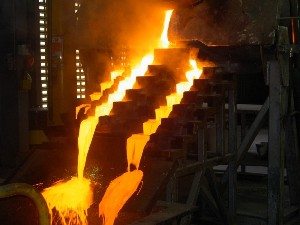 [miningmx.com] – TANZANIA-based junior gold miner Shanta Gold, said it was confident of taking gold production to 85,000 ounces/year over the next five years whilst it sought new exploration targets.

CEO Toby Bradbury, who took over from former Zimplats chairman and CEO Mike Houston in April, said that although outside the current mine plan, the firm could extract a further 514,000 oz from underground operations.

It would be expensive however, and while there are numerous funding options, investors would most likely need to catch their breath and watch improvements consolidate, he said.

But the results came off a low base due largely to operational disasters that scythed production at Shanta Gold’s flagship New Luika mine and Bauhinia mine in the first three months of the year.

During the period a major overhaul of the access ramp into the Bauhinia mine took longer than expected to complete, and operations there virtually came to a standstill. At the same time, New Luika had geotechnical issues which curtailed the amount of high grade ore that could be accessed.

The hideous first quarter results – posted three weeks after Bradbury took over as CEO – announced just 13,516 oz of gold had been produced, down from 19,114 oz a year earlier.

The repair work at the mines was completed in the second quarter, but Bradbury said this week it had also been “fundamentally critical to redevelop the mines’.

Both Bauhinia and New Luika have been redesigned and optimised to target ore grades of around 8 oz/ton.

The lower grade ore will be extracted through underground operations which should start in 2017. Around 310,000 oz are currently estimated to be available.

The redesign and optimisation of the mines meant that 25% more ore was mined – at head grades 33% higher – than in the previous quarter. Production at this rate will enable Shanta to run its plant at full capacity and rebuild its depleted ore inventories.

Much of the company’s debt has also been restructured and moved from a Nigerian lender to South Africa-based investment bank Investec Securities.

Bradbury said it was a nod to the mine’s positive outlook that Investec had provided two $20m facilities, one of which was a standby facility.