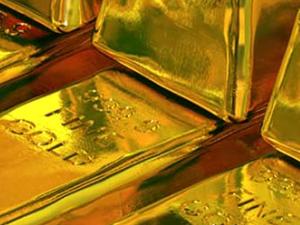 [miningmx.com] – IT’S roughly a month since Gold Fields made effective its bold unbundling, creating Sibanye Gold, a vehicle holding the group’s mature South African assets except for South Deep, the 700,000 ounce a year mechanised mine.

So, what happened? Did one plus one equal three for Gold Fields and Sibanye Gold?

The answer is somewhat inconclusive, not helped by the fact that there was a major sell-down in gold-backed exchange traded funds (ETFs) dating from the beginning of the year. It signalled broad antipathy to gold as an investment in any guise especially as general equities were recovering amid signs of global economic recovery.

According to the Financial Times, 106 tonnes of gold sitting in ETFs were dumped in February, and more than 300 tonnes since the beginning of the year.

By mid-March, AngloGold Ashanti was 17% lower compared to February 11 when Sibanye Gold was listed on the JSE. Harmony Gold also fell 17%, while Gold Fields was some 24% lower.

Sibanye Gold was largely unaffected by the sell-down perhaps indicating, even at this early stage, its shareholder base is a bit different.

Although that’s a rudimentary way of looking at things, analysts say the reaction to Sibanye Gold has been somewhat negative.

“I don’t buy the argument that separating Gold Fields’ marginal assets from the group suddenly gives them new impetus. If you can liberate the mines separately, then you should be able to do it within the group,’ one UK gold analyst said. “All that happens is that you deprive Gold Fields of much-needed cash flow,’ he said.

But “doing nothing’ in the current environment; that is, avoiding restructuring, is a sure ticket to bankruptcy for South Africa’s gold equities, according to David Davis, an analyst for SBG Securities.

In a note dated February 26, Davis observed that passively chipping away at costs, given the current inflationary pressure in the gold industry, would require a gold price in 2015 of $2,550/oz in order to preserve free cash flow margin of 23%; and make that a gold price of $3,350/oz two years later for the same margin.

The likelihood is that gold equities would seek wide-ranging restructuring responses to the difficulty of producing gold cost efficiently. This would in turn be positive for the gold price as global newly mined gold production would inevitably fall.

It’s not clear, however, if the same could be said for the gold equities which seem as beleaguered as ever.

“The industry has often been likened to a super tanker . We believe the industry will have to be much more nimble that a super tanker should inflationary pressures continue to outweigh the gold price,’ said Davis.

“Under these circumstances, it is likely that project capital will be cut or deferred and marginal mines are likely to be shut down, which in turn will impact production going forward,’ he said.