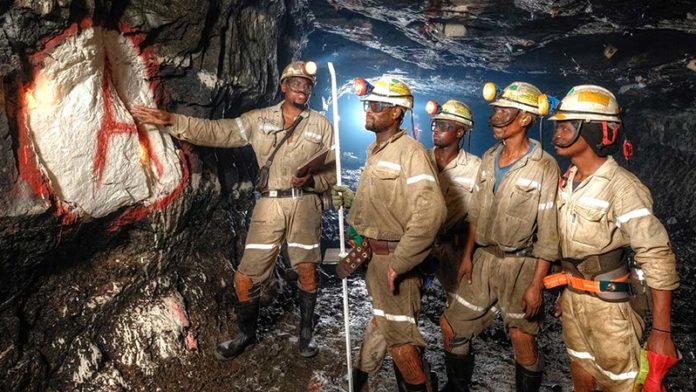 PAN African Resources was operating its surface operations at about 70% of normal capacity although it would resume limited production at its Fairview operations in order to supply ore to its BIOX processing plant.

Surface operations were being performed using a fifth of its workforce. The de-densification measures, and the supply of ore to processing facilities, are in line with South African government regulations for the 21-day lockdown it announced earlier this month and which runs to April 16.

The government said last week that processing facilities which were technically difficult to “switch on an off” could operate through the 21-day lockdown. The lockdown was aimed at restricting the spread of the COVID-19 virus.

Mining companies were asked to apply for exemptions as “essential services” and include coal mining firms supplying fuel to Eskom, the state-owned power utility.

“Employees and contractors not required for essential services will remain at home for the duration of the National Lockdown, as required by the regulations,” said Pan African.

The company would provide an update on the impact of the 21-day lockdown on full-year production numbers once it had run its course. Cobus Loots, CEO of Pan African, said the firm would also roll out aid to its community which he said would be impacted severely.

“In this time of crisis, we are heartened by the manner in which all stakeholders in the mining industry are collaborating,” said Loots in a statement. Pan African’s operations are unusual for South Africa’s gold sector in that they are situated in Mpumalanga.

One potential impact of a major production interruption will be Pan African’s plans to finance Egoli, a gold project that had “compelling economic returns” following completion of a recent feasibility study. The Egoli project is an extension of Evander Gold Mines and is therefore an organic development which is more favourably viewed by banks than greenfields developments. But it received some criticism last year owing to the 1.8km depth of the project.

The company said in February that it would set about financing the project this year. It would explore several non-dilutive funding options.

Pan African reported a decline in net debt to $123.7m as of December 31 from $131.1m a year earlier. This was achieved on the back of strong interim numbers in which revenue was about a third higher to some $132.7m.