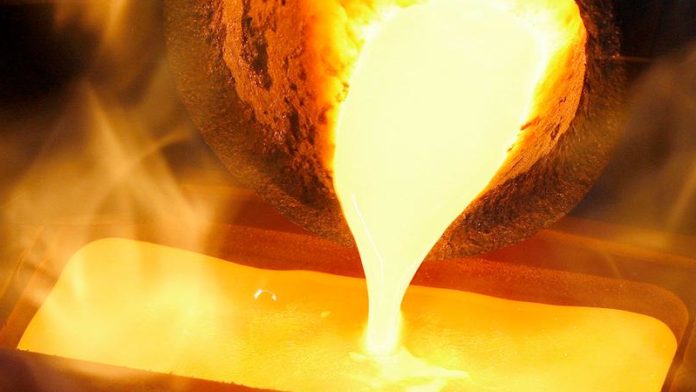 AN increase in the gold price of more than 25% is forecast to help AngloGold Ashanti to a strong year-on-year interim headline earnings lift.

The group, which last week posted another all-time high in its share price, said in a trading statement that headline earnings would be between $392m to $416m – equivalent to 94 to 99 cents per share – an increase of up to 247% year-on-year.

Total basic share earnings for the six months ended June 30 would be between 97 and 102 cents per share compared to 27 cents/share in the six months of 2019. The results include revenue from the South African mines Mponeng and Mine Waste Solutions which AngloGold is selling to compatriot Harmony Gold for $300m.

The surging gold price has more than compensated for the impact of the COVID-19 pandemic which resulted in the lockdown for some weeks of its operations around the world including South Africa.

Gold prices rocketed to a record high on Monday, said EyeWitness News citing a report by Reuters. The metal surged more than one percent to $1,930.48 per ounce in Asian trade, with analysts predicting it could soon break $2,000/oz.

AngloGold said the gold price increased more than 25% in the six months (with more benefits from increases to come) whilst weaker local currencies mitigated increases in the cost of sales.

There were also solid performances from its assets in the Democratic Republic of Congo (Kibali, held in joint venture with Barrick Gold), as well as Induapriem and Serra Grande in Ghana and Brazil respectively. Production improvements were also registered at the firm’s AGA Minercação, Sunrise Dam, Siguiri and Cerro Vanguardia mines.

The results will also be boosted by higher currency gains of $19m, an $41m increase from joint venture income and the absence of care and maintenance costs totalling $21m at the Ghana mine, Obuasi, which were recorded in the comparable period.

The redevelopment of Obuasi was affected by delays in receiving equipment and in the arrival of certain critical skills owing to the pandemic, said AngloGold. AngloGold will report its second quarter and interim numbers on August 7.

Shares in the company closed 3% higher on Friday valuing the company at R243bn – its highest level ever. Investors have flocked to gold’s safe haven investment characteristics amid the Covid-19 virus which has been exacerbated by geopolitical tensions.