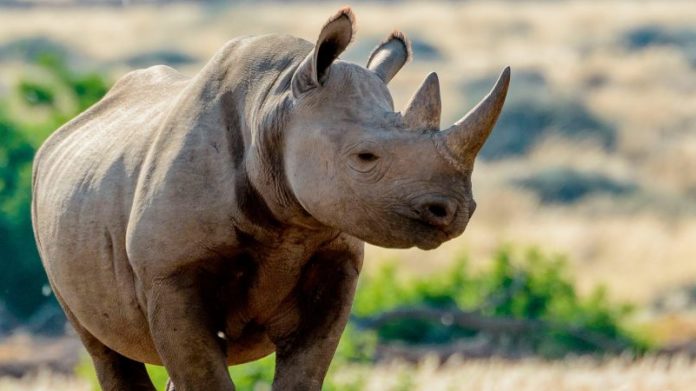 B2GOLD has donated one thousand ounces of gold currently worth about $1.9m from its Otjikoto mine in Namibia in support of efforts to conserve the black rhino, an endangered species the plight of which is further under threat owing to the Covid-19 pandemic.

The gold has been used to manufacture 1,000 limited edition Namibian Rhino Gold Bars in various sizes. Some 400 of the bars will be sold at cost through industry metals website, Kitco, as part of the North American leg of the initiative.

Proceeds from the sale of the first 600 gold bars to Namibian and African purchasers have been managed and distributed by the Rhino Gold Bar Advisory Committee which includes representatives from B2Gold, Namibian government authorities, as well as Save the Rhino Trust Namibia and IRDNC – the Integrated Rural Development and Nature Conservation and Rhino Rangers.

Namibia hosts the last and largest population of free-roaming black rhinos in the world. There are fewer than 5,630 black rhinos left in the wild.

According to B2Gold, Covid-19 has created a multiplicity of additional problems in efforts to protect the black rhino such as increasing economic pressures that give rise to poaching. The resources of anti-poaching units have also been depleted, the gold miner said.

Each one-ounce bar is available for purchase at the spot price of gold plus a 15% conservation premium which will benefit conservation in Namibia.

“Every gold bar purchased helps to combat poaching – by supporting rhino rangers and trackers, which in turn, supports their families and empowers communities to help save a species on the verge of extinction,” said Clive Johnson, president and CEO of B2Gold.

“This is an example of using one precious resource, gold mined in Namibia, to protect another – the world’s critically endangered black rhino population – now and for generations to come,” he said.