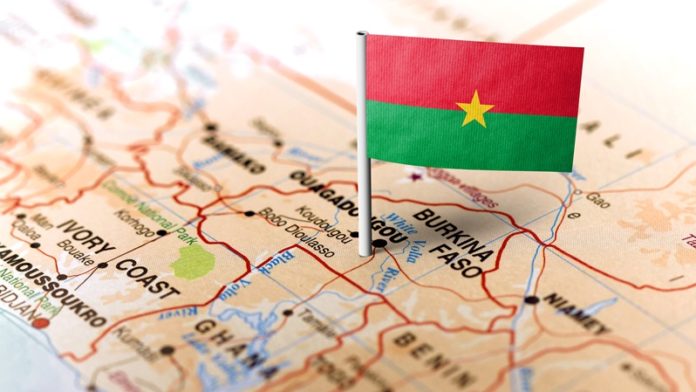 ENDEAVOUR Mining was waiting for “more green lights” before resuming exploration work at its Boungou mine in Burkina Faso, said the firm’s CEO, Sébastien de Montessus.

The UK-listed group said in March it would impair Boungou for $246.3m as security concerns related to regional terrorism brought a temporary stop to exploration beyond the mine fence.

This prevented Endeavour from converting resources into reserves resulting in the impairment, said De Montessus. “In order to be cautious in the current environment we preferred to do the impairment calculation on the reserves rather than including the resources we haven’t been able to drill yet,” he said at the time.

Commenting today during a presentation of the firm’s first quarter results presentation, De Montessus said the group was “comfortable” with Boungou, but it was “waiting to see more green lights before progressing”.

These green lights included efforts by the transitional government of Burkina Faso to “bring back” disaffected, economically impoverished communities in the population who had been left behind by previous governments, said De Montessus.

“They are not terrorists but people in Burkina left with not much opportunity, so there’s an initiative of dialogue to bring them back to a more peaceful approach.” In January, the armed forces overthrew the Burkina Faso government of Marc Kabore. The transitional government is now led by Paul-Henri Sandaogo Damiba, a soldier.

Pre-emptive strikes against terrorist forces were also underway. “I haven’t seen a deterioration in the situation around the mine and our ability to continue and operate there. We are monitoring carefully the situation, but certainty we are seeing more activity from security forces in trying to strike back against some of the terrorist groups,” said De Montessus.

Asked by an analyst whether Endeavour was having second thoughts about owning Boungou, De Montessus replied: “We are still very comfortable with asset. It is part of the portfolio.

“We would like to do more exploration as we see potential in that area, but given the security environment we have decided not to progress outside the mine fence. We still have seven years of reserves at Boungou, so there’s time for the enviroment to settle and that will give us enough time to extensively do the drilling we have to do at the mine.”

Endeavour has guided to 1.32 to 1.4 million oz in production for the 2022 financial year but it was the group’s guidance for all-in sustaining costs (AISC) – of $880 to $930/oz – that fell under analyst questioning, especially given the hike in the oil price.

De Montessus said the company was comfortable with its guidance on costs as inflationary pressures had already been factored in. He acknowedged, however, there was “more pressure” on fuel costs as host governments used their price mechanisms to adjust fuel prices higher.

“Overall a good first quarter, with production, costs and EBITDA (earnings before interest, tax, depreciation and amortisation) coming in ahead of our and consensus estimates,” said Morgan Stanley in a report today.

“This leaves the company well positioned to hit guidance on all counts, although we do think cost inflation will drive costs higher through the year,” it said.

AngloGold, Gold Fields yet to receive notice from Ghana on ‘gold for oil’ sales plan