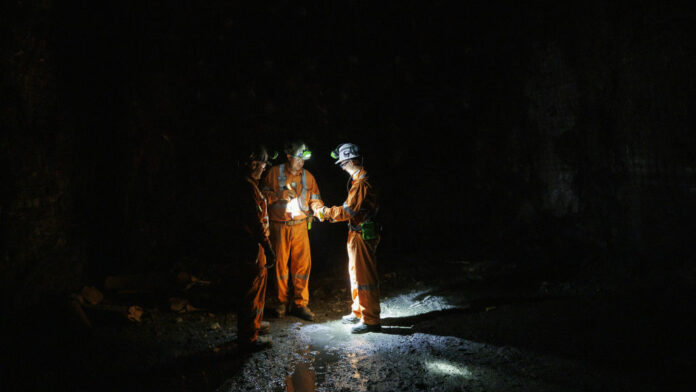 HARMONY Gold hinted at the possibility of further restructuring at its South African underground mines following the closure of Bambanani, a mine that had been in operation for about 50 years.

Commenting in a year-end review, Harmony CEO Peter Steenkamp said today his company was “weighing up investing in lower risk assets versus spending capital on mines and/or projects that we do not believe will be able to realise meaningful returns in the current economic environment”.

The group is due to provide an update on its capital plans for the current (2023) financial year during its review of the 2022 financial year scheduled for August 30. “We continue to manage our costs aggressively while our other key brownfield projects are progressing as planned,” Steenkamp added.

Harmony said in February it would shut Bambanani about 18 months earlier than planned owing the increased risk of seismicity at the operation. The group expected to incur an impairment of R144m which would be recognised in the first half of the 2022 financial year.

Harmony had planned to shut Bambanani in 2024 along with other ageing mines Masimong (closure still set for 2023 and Kusasalethu (2024). The schedule for these other closures remains unchanged presently, but Steenkamp’s comments may imply changes in the coming months.

The group has long struggled to contain underground fatalities on its mines owing to their age and depth. In the 2022 financial year there were 13 fatalities. Said Steenkamp: “Loss-of-life prevention in the workplace remains our foremost priority and each such loss weighs heavily on our shoulders.”

Steenkamp also said today that the company would meet its revised production guidance of between 1,48 million and 1,56 million ounces of gold.

He said that the group’s Hidden Valley operation remained a strategically important mine for the company. Situated in Papua New Guinea, the mine ran into production difficulties in the last financial year caused principally by a conveyor failure.

Steenkamp said that the company hoped to progress discussions on a special mining lease for its Golpu joint venture held with Australian firm Newcrest Mining. The mine – described by Steenkamp as a tier one gold/copper deposit – has been on the drawing board for years as a result of project delays and changes in attitude by the government to the project.

“The negotiating team for the Wafi-Golpu Joint Venture continues to engage with the PNG State Negotiating Team and we hope to reach an agreement soon,” said Steenkamp. PNG is currently going through national elections in which caretaker prime minister, James Marape is bidding to become the country’s full time leader.