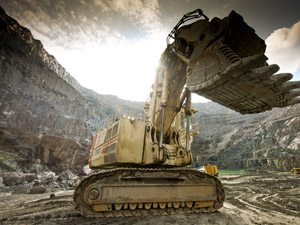 [miningmx.com] – TO paraphrase Colin Powell, the former US secretary of state: “Bad news isn’t like wine. It doesn’t get better with time”. In fact, in some cases, it gets worse.

Take the world’s mining sector: it has been in the throes of a downturn since 2011, yet the more miners try to sit it out – hanging on by their finger-nails as Rio Tinto CEO, Sam Walsh recently described it – the worse it becomes for everyone.

Andrew Mackenzie, CEO of BHP Billiton, expressed his exasperation with the extent of the slump in the minerals and metals. Price declines “… have been a lot more dramatic than probably we thought they would be at the start of the year,” he said in December.

He sought, then, to explain why the sector had under-estimated the severity of the downturn. It couldn’t just be due to China’s slowing growth rate, he said. Oil prices had fallen and emerging markets had failed to promote free trade, he added.

There’s a similarly sorry-looking picture in respect of the JSE. The Top 10 Resource Index – which contains some of the bourse’s largest companies by value including BHP Billiton and Glencore – fell 39.4% in 2015 and some 55% over the last five years.

As you’d expect, the face of the JSE’s Top 20 Index has also changed. Only two mining shares, BHP Billiton and Glencore, are today in that index whereas mining stocks once constituted a third of it in the past.

Thanks to a 75% surge in the past 30 days, Anglo American is now the 16th most valuable company at the time of writing. When this article was first prepared – for Finweek magazine two weeks ago – it was some R5bn less than paper manufacturer Mondi which used to be its listed subsidiary.

Perhaps most dismaying of all, has been the dramatic flaying of Lonmin. It has lost 98% of its value in five years as it sped towards insolvency until it was bailed out by Government through its Public Investment Corporation which helped subscribe for shares in its $400m rights offer.

“The past five years have been the worst period of mining sector performance since 1966,” said Barclays Capital in a report published in January.

SURVIVAL OF THE FITTEST

In a sense, the sector had it coming. Looked at in hindsight, it now seems inevitable that a 30-year high in capital investment in China between 2009 and 2013 would be followed by demand for all non-precious metals falling heavily.

And here’s where it gets worse. “There is no reason for this [market torpor] to abate in 2016”, Barclays concluded. Demand for metals was unlikely to suddenly increase, especially as weakness in China’s currency made imports more expensive.

The weaker yuan also increased the viability of Chinese production which is important given that it is the world’s biggest producer of coal, aluminium, gold, zinc and steel, and the third largest producer of copper and iron ore.

On the supply side of the equation, improving cost curves will enable miners to stay in business for longer, although the multitude of high cost iron ore producers that entered the market are starting to fade. US coal company insolvencies have also been announced lately.

So what does all this mean? Three banking groups – Barclays Capital, HSBC and Deutsche Bank – agree on a number of themes that may typify the world’s mining market, including South Africa, during 2016.

Under the general heading of ‘survival of the fittest’, they think merger and acqusition activity will intensify; there will be more bankruptcies; and mining groups will issue shares in order to protect increasingly creaky balance sheets.

There may be opportunity in M&A activity, but the risks of being in mining shares is for everyone to see.

“It will be a case of calling all pockets by mining companies for an opportunity to strengthen their balance sheets,” said Paul Miller, a resources banker for Nedbank Capital. This can be bad news for investors hoping for a short- or even medium-term recovery because earnings are dilutive.

Last year Impala Platinum and Lonmin raised R10.4bn collectively through rights issues while globally, First Quantum Minerals (which operates in Zambia as well as in the Americas) and Glencore issued shares for cash totalling C$1.44bn (R16bn) and $2.5bn (R40bn) respectively.

According to Barclays Capital, Anglo American, Vale and Vedanta may tap shareholders for funds this year. BHP Billiton may be another, said Liberum Capital analyst, Richard Knights.

Knights calculated that in the event metal prices stayed at current levels, the world’s largest miner would need between $5bn and $10bn to finance a short fall in cash in order to maintain it’s A+ credit rating at Standard & Poor’s and its A1 rating with Moody’s Investor Service.

As a significant employer and generating of foreign exchange, depressed metal markets will hit an already struggling economy where growth of more than 1% looks like a challenge. “We are under tremendous pressure,” said Roger Baxter, CEO of the Chamber of Mines.

“I think for 2016 there will be a flat to negative contribution to gross domestic product from the mining sector. We will see production falling as the sector restructures, and that will imply increases in retrenchments,” he said.

He called for stakeholders to co-operate, a less than thinly-veiled reference to Eskom which is hoping to have the National Energy Regulator of South Africa (Nersa) approve an eight percentage base point increase in the tariff in order for the utility to recoup spending in a previous financial year.

“About 80% of the platinum industry in South Africa is currently loss-making at current platinum group metal prices,” said Baxter in an interview. “If Nersa approves the tariff increase, that’s 16.5% more expensive electricity and a further R1bn in costs for the platinum sector,” he said.

Mike Teke is not given to over-statement so when he addressed the annual general meeting of the Chamber of Mines of which he is president last year, it felt like a “crossing the rubicon’ moment.

“The key question is whether South Africa is still a preferred mining investment destination globally and in Africa or whether other jurisdictions are taking preference,” he said. The answer to this clearly rhetorical statement – pointedly directed at the South African government – hung in the air like a massive, soundless “No’.

For an organisation criticised for the public mollycoddling of the regulators, this was stern stuff.

Teke later went on to describe the proposed carbon tax as “an absurdity”. He was equally condemnatory of possible fiscal changes recommended by the Davis Committee in which abandoning the 100% capital deduction on new mines would further harm new business in the sector.

Said one Johannesburg banker who asked not to be named: “From a regulatory point of view, we are deer in the headlights. Nobody knows what’s coming next or where we’re going.”

In addition to tax changes, there’s uncertainty regarding when amendments to the Minerals & Petroleum Resources Development Act will be on the parliamentary list again, and what changes will be implemented.

The key fear the mining sector has with these amendments is that a portion of domestic production of “strategic minerals’ – iron ore and coal – will have to be sold domestically at major discounts in an effort to propel the black industrialists programme of trade and industry minister, Rob Davies.

“One step at a time,” said the chamber’s Baxter when asked how his organisation would tackle the seemingly mounting regulatory challenges the sector faced.

Thankfully, there are shafts of light in all this gloom; in fact, they are little golden shafts from a metal many preferred to forget until late last year – gold.

In fact, investors seeking exposure to the increase in the rand gold price can still get into South African gold stocks without fear they will only catch the tail-end of the out-performance, said analysts in reports published in early to mid-February.

“The South African golds are characterised by high levels of operational gearing to higher prices and should benefit from present market conditions,” said one Johannesburg analyst.

“We expect further support from our house view of dollar gold price strength during 2016 on US dollar weakness and robust emerging market demand,” he said.

Analysts think that the current depreciation of the rand against the dollar was reminiscent of 2001 when the JSE’s gold index far outperformed the dollar gold price which was relatively flat.

It’s worth knowing, though, what to expect in terms of gold company strategies during this period.

Analysts believe that in line with investment tastes at the moment gold company management will favour debt repayment, and the creation of more robust balance sheets, than resuming or increasing payouts to shareholders.

Of the main South African gold counters, Pan African Resources, Sibanye Gold, and Gold Fields are committed to paying shareholders (in the case of Gold Fields and Sibanye Gold it’s a 25% to 35% payout of normalised earnings) while AngloGold Ashanti suspended its dividend last year. Ditto for Harmony Gold as it seeks to zap R2.7bn in debt over the next two years.

There are specific reasons why gold companies will not look to lift dividends. For Sibanye Gold, for instance, it has committed about R9bn on acquisitions in the platinum sector and will therefore look to protect its balance sheet as much as possible.

Pan African Gold and Gold Fields are both oritentated towards potential merger and acquisition activities whilst DRDGold is perhaps the only gold company share that won’t make debt repayment or M&A a priority, although it may opt for a share buy-back rather than the resumption of dividends.

The interest in gold stocks isn’t just a South African phenomenon; there’s fresh global interest as demonstrated by the out-performance of Gold Fields which has hardly much South African exposure at all (South Deep on the West Rand will only produce 300,000 oz of gold this year as a maximum).

“Gold stocks are ahead of the mining pack having undertaken many measures the non-gold miners are about to undertake (dividend cuts, cost out, asset sales,” it said in a note.

Peter Major, a consultant at Cadiz Corporate Solutions said that returns and debt repayment should be preferred by gold companies rather than suddenly jumping into dividend payments or increasing the payout.

“Dividends are a sideshow if a company gives great returns and is well placed for the future, and is properly managed. As a shareholder – and definitely as a mine manager – I want all that debt removed asap. It is bricks – and ticking bombs – in my company’s backpack,” said Major.