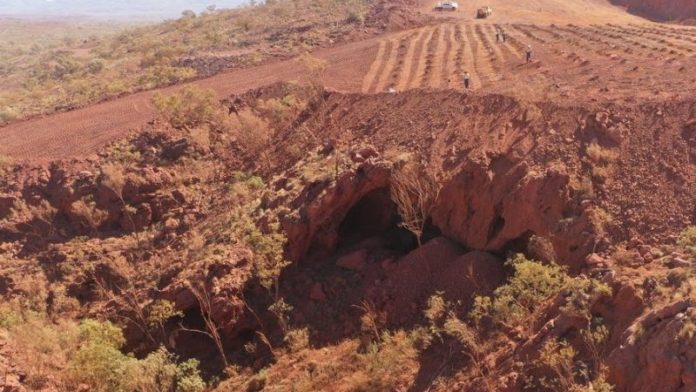 AN accident in which Rio Tinto destroyed ancient caves in Australia is likely to have far-reaching consequences for the mining sector, said Bloomberg News.

Rio Tinto has faced global criticism since the Puutu Kunti Kurrama and Pinikura Aboriginal Corporation revealed it had destroyed two sites in Juukan Gorge in Western Australia’s Pilbara region on May 24 as part of the expansion of its Brockman 4 mine.

Analysts cited by Bloomberg News said new restrictions could be imposed that would potentially result in changes to mine plans and introduce fresh costs into mine development.

“Industry-wide social license to operate will be under increasing scrutiny and this could have bearing on costs if it requires changes to mine plans, and the approvals process both here and offshore,” Camille Simeon, a Sydney-based investment manager for Aberdeen Standard Investments told Bloomberg News.

“We’ve seen this with climate, and we’re in the situation now with these emerging issues of First Nations people and First Nations rights,” said Kara Keys, an investment committee member at Australia’s Construction & Building Unions Superannuation fund, which manages about A$56bn, and a descendant of the Yiman and Gangulu peoples of central Queensland.

“The climate debate was a peripheral issue 10 years ago and what we’ve seen is that it’s now a key issue,” she told Bloomberg.

There’s likely to be far more scrutiny of mining and energy projects that require cooperation with Indigenous communities, she said. That’s an issue not only for Australia, but for other key resources producing nations including Canada and the US

“We want the mining companies we invest in to be companies that everyone trusts,” said Nick Stansbury, head of commodity research at Legal & General Investment Management, which manages more than $1.5 trillion of assets, including Rio shares.