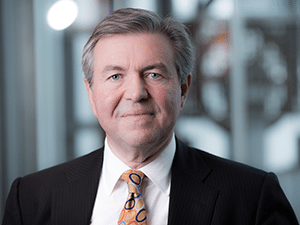 [miningmx.com] – WORLD platinum supply is forecast to increase 9% to 7.9 million ounces in 2015, according to latest data from the World Platinum Investment Council (WIPC) which said that the previously estimated annual deficit would also be higher.

Following collection of second quarter data, the WIPC now believes the previous deficit forecast of 190,000 ounces of platinum would increase to 445,000 oz by year-end which it attributed to a sharp increase in second and third quarter investment demand.

Total demand is forecast to reach 8.4 million oz in 2015 representing a 4% increase in annual growth, it said.

Paul Wilson, CEO of the WPIC, said the increase in the deficit forecast for the year was despite a smaller actual deficit in the second quarter which came in at 55,000 oz compared to a 230,000 oz deficit in the first quarter.

He put this down to a seasonal decline in Chinese jewellery demand which offset higher mine supply although primary supply growth was unlikely to continue owing to a collapse in forecast investment capital to about $1bn in 2015 compared to $3bn in 2013.

“Using capital expenditure alone as an indicator would imply that South African mining supply in 2016 and 2017 will be noticeably lower than 2015 levels and would support ongoing deficits in the platinum supply-demand balance,” said Wilson.

Impala Platinum said last week that it would cut production from its Impala Lease mine in South Africa by 180,00 ounces by 2020 whilst Lonmin has put in plans to cut output from its Marikana mine by roughly 100,000 ounces.

The continued growth in automotive, industrial and investment demand is set to offset a decline in jewellery demand in 2015 when compared to 2014, said the WPIC.

Autocatalyst demand was also forecast to grow by 5% to 3.4 million oz for the year, it said.

Investec Securities that despite the forecast deficit increasing for the year, the price of platinum remained weak whilst the depreciation in the rand against the dollar was providing platinum miners with relief.

“We do not see a material recovery in the metal until the industry is able to fundamentally restructure, which is a particularly difficult challenge for South African producers due to political pressure that would come should necessary rationalisation be undertaken,” it said in a note.