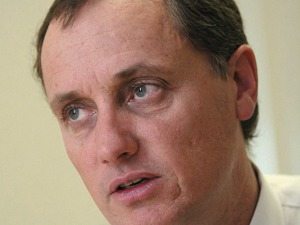 Terence Goodlace, CEO of Implats, said however that the group “continued to mourn the loss of lives at Impala Rustenburg” referring to a fire at the mine’s 14 shaft in February in which four miners died.

The fire led to a re-think of Implats’ approach to safety, as well as a 23-day suspension of activities, but treatment of ore stockpiled during an earlier furnace rebuild at the operation kept quarter-on-quarter production steady at 142,000 ounces (Q2: 143,000 oz).

Impala Rustenburg is still targeting 830,000 oz of production in its 2018 financial year with the build up to that figure expected to be somewhat slower than originally planned.

Goodlace said that the lower trackless and conventional mining sections at Shaft 14 remained closed. All mining crews had been re-deployed to other mining areas in Rustenburg or tasked with the clean-up and repair operation, he said.

One speck of good news is that the group’s optimisation of its repair plan would see the shaft return to full production in about a year’s time – earlier than expected in the wake of the fire incident.

Investigations into the cause of the fire were ongoing. The insured asset damage of the fire was expected to be about R375m whilst the group was also covered for business interruption although the insurance cover of that was still to be determined.

All in all, Implats produced gross refined platinum production in the third quarter of 301,000 oz, an increase of 17% which takes output for the year to 1,05 million ounces, 12% higher than the 932,000 oz at the same point in the previous financial year.

The stand-out performer was Implats’ Zimplats, the Zimbabwe mine which it shares with Sibanye Gold. Platinum production in matte for the quarter increased to 89,000 platinum ounces compared to 52,000 Pt oz in the March quarter of the previous financial year.

This was owing to increased milling rate and the release of stockpiled concentrates following a furnace outage in the last quarter of the 2015 financial year. The improvement admittedly also comes off a low base in the third quarter of 2015.

“Production was slightly ahead of our estimates due to higher than expected production from Zimplats,” said Goldman Sachs in a report on Implats’ quarterly figures.

It added, however, that the general health of Implats turned on getting results out of Impala Rustenburg, also known as Impala Lease Area. “The key here remains the successful ramp-up of Impala lease area which would see the mine moving down the cost curve and becoming cash generative,” it said.

Citi said the fact that Implats had reported no additional injury or fatality events was “encouraging”, adding that this boded well, if maintained, for the remainder of the financial year.