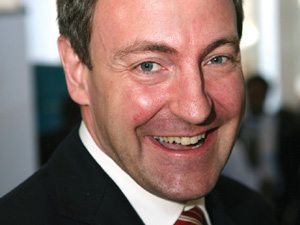 Toronto-listed Platinum Group Metals (PTM) has received final approval for the sale of its Maseve Mine to Royal Bafokeng Platinum (RB Plat) with the granting of section 11 approval for the deal from the Department of Mineral Resources (DMR).

PTM CEO R Michael Jones commented, “with the grant of section 11 approval all conditions precedent to the completion of the sale of Maseve to RB Plat have now been met.

“The board of directors of Platinum Group appreciate the DMR’s timely approval. The sale of the Maseve Mine is important for Platinum Group to reduce debt and allow us to focus on our large-scale, bulk, Waterberg palladium discovery.”

PTM and RB Plat agreed a two-stage deal valued at about $74m in September last year for the sale of the Maseve Mine.In this final stage RB Plat will acquire 100% of the shares in Maseve – the holding company of the Maseve mine – as well as all shareholder loans owed by Maseve for a payment worth some $16m in cash and RB Plat shares.

Jones said PTM intended using the proceeds from the second stage of the transaction to pay down debt. He said closure was expected before the end of April after which PTM would no longer be responsible for care and maintenance costs at Maseve or any on-going committments.

The Waterberg project is a bulk-mineable underground deposit which Jones says “has potential to be a low-cost, dominantly palladium mine.”

In October last year Impala Platinum bought a 15% stake in the Waterberg project for $30m and took an option to buy a controlling 50.1% stake for a further $165m after completion of a definitive feasibility study.