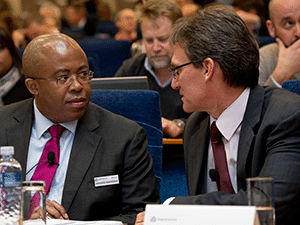 Nqwababa, who has been at Amplats for six years, had “… worked tirelessly during a tumultuous period for the platinum industry,” said Chris Griffith, CEO of Amplats. The move was described as Nqwababa pursuing “… personal career growth”.

Nqwababa has been an independent non-executive director and a member of Sasol’s Audit Committee since 5 December 2013 – a role that he will now relinquish as the CFO designate of the company.

“We are delighted that he has agreed to make the shift from being one of our non-executive board members to fulfilling a key role on the management team of the company,” said Sasol CEO, David Constable.

Nqwababa is a former finance director of Eskom Holdings and CFO of Shell Southern Africa.