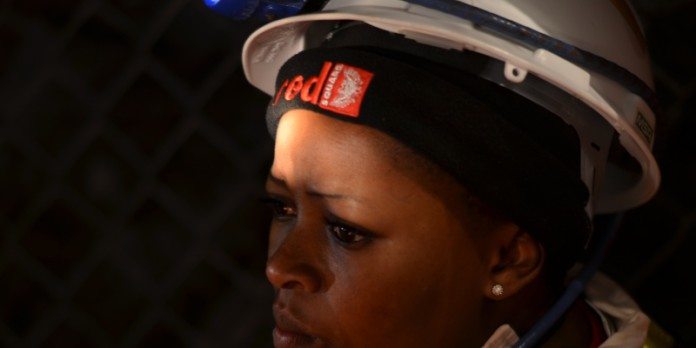 A REPORT by the Chamber of Mines of South Africa (CoM) estimates the application of safety stoppages – known as Section54s in terms of the Mine Health & Safety Act 1996 (MHSA) – have cost the industry R4.84bn in lost revenue in 2015.

That means that between 2012 and 2015 – a period in which total fatalities on South African mines that report to the CoM declined about 44% – Section 54s resulted in a loss of R13.63bn. And given the anecdotal evidence of mining executives so far this year, 2016 could deliver yet more revenue losses owing to safety stoppages.

Section 54s enable the DMR to close entire mines and shafts in the event of a safety breach, most seriously when there is a mine fatality. The notion behind the section is for remedial action to be undertaken to avoid a repeat. There is also an economic impact which acts as a negative incentive to improve safety.

“Based on a detailed analysis of companies that employ 63% of the mining industry’s labour force the chamber estimates that s54’s have cost the industry more than R4bn in direct lost revenue (2015 data annualised) due, in most cases, to the “inappropriate” (my italics) application of s54’s,” the CoM said in its report.

“This excludes the cost of mine workers that have to be paid while the mine sits idle, or the other costs incurred, or the cost of restarting shafts,” it added. The average revenue loss per stoppage per operation is about R13m.

South Africa’s Department of Mineral Resources (DMR) has a moral and legal duty, as do the mines, to ensure zero safety on the country’s mines. As is so often said, somewhat automatically at times: one life lost is one too many.

The problem is not with the legislation, as is so often the case in South African mining, but with the application, and it’s driving South Africa’s marginal mines to closure quicker than might be the case.

According to one mining source who shared the CoM document with Miningmx, the average mine operates on a total of between 22 to 23 shifts a month. Marginal mines, in particular, only breakeven after shift 19 or 20. But the average length of a stoppage is about five days and often up to two weeks long and more, said the CoM.

Faced with a Section 54 stoppage as they are currently applied, a mine has almost no chance of recovering its costs.

The CoM wants to see safety legislation applied differently in which a section is closed rather than the whole mine in order to narrow the impact. The MHSA allows for this in Section 55. “In most cases the issuing of s55’s, in the first instance, will resolve the safety issue, without harming production or the viability of the mining operation,” the CoM said.

It wants to ensure that s54’s are “lifted expeditiously and that the DMR urgently completes an “enforcement policy” in order to ensure fairer and more appropriate application of the MHSA. Roger Baxter, CEO of the CoM, declined to comment on the report at the current time. The DMR had not responded at the time of publication, although Miningmx will add its comments if they are made.

It is worth noting just how far South Africa’s mining sector has come in containing accidents, however. There were 615 fatalities in 1993. That was reduced to 63 last year. In 2016, however, there has been an uptick – an 18% deterioration, in fact, compared to the same point of the year last year.

Even before 2016 kicked off, in December 2015, there was evidence the DMR was taking a far tougher stance on safety when its North West office issued, and then withdrew, a directive to shut every single one of the province’s platinum mines following underground fatalities at the mines of Royal Bafokeng Platinum (RBPlat) and Impala Platinum.

Some reports claim that safety audits are occurring with more frequency on mines that are cancelling contracts with JIC Mining, the Gupta family company. “It is happening with a regularity that is hard to ignore,” one source tells Miningmx.

More likely, however, is the point RBPlat’s CEO, Steve Phiri, makes when he told Miningmx: “I see it as a skills issue among inspectors who don’t have the necessary experience. We quite often make a representation to a Principal Inspector who changes the Section 54 to a Section 55 notice”.

There does seem to be a regional bias in terms of how mine safety is vetted (although the fact that AngloGold Ashanti recently complained of mass audits on its West Wits mines would seem to contradict this). Certainly Peter Skeenkamp, CEO of Harmony Gold, had a view on the matter.

“No we haven’t had really seen an increase in the instances of stoppages owing to Section 54s. We have had some. But we mostly mine in the Free State province,” he said.