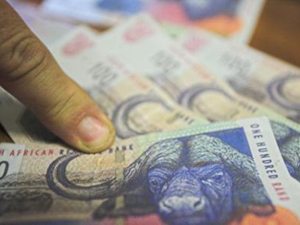 The good news is that they provide a more accurate picture of the actual share of wealth created taken by the government as opposed to merely showing corporate tax.

In 2014, for example, the government took 9% of value added by the miners and their workers by way of direct taxes, but when employee taxes (7%) and mining royalties (4%) were taken into account this totalled 20%.

The statements do not include net VAT which, although not a factor in gold mining, are worth noting for other mines and should be shown for the sake of accuracy.

Of course, the beauty of VAT from the government’s point of view is that it does not appear in reported company accounts.

This “out of sight, out of mind” phenomenon is a perfect example of how modern governments have perfected the art of taxation, which Jean-Baptiste Colbert in seventeenth century France described as “plucking the goose so as to obtain the largest amount of feathers with the least amount of hissing.”

The PWC report mentions that the Davis Tax Committee is the first tax committee to revisit the Marais Commission, which was appointed by the Minister of Finance back in 1988 to investigate whether or not to abolish the progressive gold mines tax formula that had served the industry, and the fiscus, well for many decades.

Despite the protests of high-grade producers, the tax formula was retained. In terms of this formula (2007 version), gold mines with operating margins of less than 10% paid no company tax, whereas mines with margins of over 50% would pay company tax of over 40%.

This formula undoubtedly helped marginal mines in the late 60s and early 70s to survive so as to benefit enormously from the ensuing gold price boom.

By the same token, during a boom, the gold company tax rates automatically rise so as to protect the industry, and the Minister of Finance, from demands for higher tax.

This formula has the potential to create enormous stability in the mining industry and is a proxy for the collection of natural resource rentals in the mining industry, which is proposed “Our Land, Our Rent, Our Jobs”, a book recently published that I co-authored with the now late Michael Jacques.

This, in turn, is one of a range of proposals which, simply put, are aimed at replacing most taxes with the collection of land rentals.

Since all achievements of the state, as well as lack thereof, are reflected in land values, which in turn are due to the state granting security of tenure, it is logical that it should be collecting the value it creates on a regular basis instead of the product of labour and capital.

In other words, the government should incentivise people to use their land and other natural resources efficiently and stop taxing them for working and investing or, in the case of VAT, merely surviving.

The problem with our present tax system is that it under-collects from prime sites and over-collects from marginal sites. This applies throughout the economy and not just in mining.

Relieving marginal rural and other areas from the burden of taxation would lead to a revival of economic activity in well-nigh half the surface area of the country.

Likewise, in the case of mining, as we’ve seen above, even marginal mines, breaking even and paying no company tax, could still be losing to the state 11% or more of their value added by way of royalties and employees tax. Clearly this leads to premature closure and job losses all of which would be avoided under his system.

The mining industry would be a major beneficiary of this system as it is the only way in which the people of South Africa would be able to see that they were all benefiting from the collection of the market rentals on their land.

It is quite clear that it is “nationalisation” of rent which is the answer and not nationalisation of mines, which, like all other sites, vary hugely in value and productivity. Our one-size-fits-all tax system hopelessly fails to address this issue.

Stephen Meintjes is a mining analyst at Imara in Johannesburg. His book “Our Land, Our Rent, Our Jobs” is published by Quickfox.