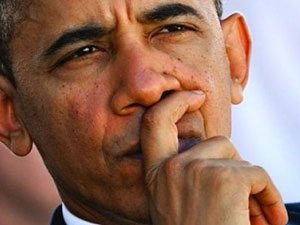 [miningmx.com] – 2015 began with a heavy thud for companies in the resource complex. And unlike the market correction induced by the global financial crisis (GFC) in 2008, this time there is no trampoline to vault falling commodity and equity prices back to more “long-term, sustainable’ levels.

The combination of falling oil and base metal prices has made some diversified miners look remarkably undiversified (think BHP). And all the johnny-come-latelys in iron-ore, especially in West Africa, are now are seated in the departure lounge uncertain of their final destination. (At least investors in iron ore had some warning, no such mercy was afforded to investors in oil and gas.)

Back in 2008 the trampoline was China. As the biggest buyer of resources at the margin, investors could sleep well in the knowledge that the biggest show in town was going to continue its infrastructure roll-out for many years to come.

In fact, the GFC probably induced an acceleration in infrastructure investment as policy makers looked to mitigate the effects of the global slowdown. Majors like BHP Billiton and Rio Tinto didn’t even bat an eyelid when it came to expanding their iron-ore operations, so secure were they in the knowledge of insatiable demand.

But this time around there is no backstop.

Firstly, China (as we are told) is modifying its economic engine. This means less investment in infrastructure and more stimulation of consumer spending. The level of demand, as well as the composition of demand, is changing.

Secondly, there is growing scepticism its economy is growing anywhere near 7% a year. “We think it’s closer to 2-3% a year on the basis of using a range of metrics that includes the level of exports, the amount of goods transported, and the money supply,’ said Clyde Rossouw, portfolio manager at Investec Asset Management.

So are there any obvious successors to China? The US has got its swagger back – growing at 5% a year on an annualised basis, according to revised third quarter figures.

President Barack Obama has attempted to put infrastructure at the top of his “to do list’ for some time now, but has been unable to do a deal with the Republicans. A growing economy may provide the impetus and the funds required to do this.

But even the combined investment of both countries will be just a fraction of what China has spent in the last few years.

So what should investors do? They need to be as brutal as ever with their portfolios. If a company is not generating free cash flow now, it’s probably never going to.

If you are looking to invest in juniors, unless their funding is secured, it’s unlikely they will develop their projects without incredible share dilution. Applying those two criteria should narrow the thousands of companies on your radar down to, say, about 30.

Of course the market will overdo things: at some point every resource company will be priced like it’s going out of business tomorrow, and many will. Beacon Hill Resources was the first shot across the bow. There’ll be many more.

With the market’s propensity to overreact, combined with the investigation of companies in more “alternative’ commodities – which can include the likes of ferrochrome, potash, and titanium – there should be a few interesting options to evaluate amongst the bloodshed that is sure to follow.

Warren Dick is a financial journalist and analyst that writes regularly for publications like Business Day Investors Monthly, The Africa Report and Finweek. He also performs investment research on local and international public companies on behalf of asset managers and other institutional clients.