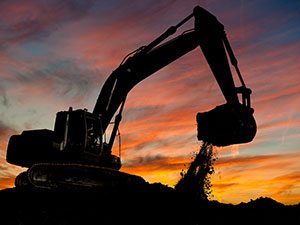 [miningmx.com] – THE second week in February has – in many ways – become “mining week’ in South Africa as thousands of companies, suppliers, regulators, advisors, media, analysts and others converge in Cape Town.

This year has been no different. While the numbers might have been down, and the mood a little sombre, mining has been on centre stage.

Interestingly, at this time of crisis and turmoil in our industry, when some would see only contradictions – differences of interest and opinion – we actually see a greater degree of commonality and mutual interest between stakeholders.

This, and the fact that there is dialogue, have been over-riding themes of this year’s gathering.

We have the opportunity to find the commonality in uncommon places, and building on these to forge greater, unified strength.

Consider the words of Anglo American CEO, Mark Cutifani, when he said earlier this week that his company was engaging with its harshest critics because they are often the best people to learn from.

Or the words of Anglican Archbishop Magkoba, who shared that platform, and said that one had to go to the powerful in order to help the powerless.

In fact, Minister [Mosebenzi] Zwane set the stage in his opening address, when he lamented the industry’s current “winter’.

The pattern of focusing on sustainability in the broadest sense for an entire day at Indaba continued this year, and brought together what would at first glance seem to be the most unlikely groupings on stage and in the audience.

Mining executives and NGOs debated and agreed on the need to make African countries an attractive investment environment for responsible mining companies and how – in shaping the mining industry of the future – the need to limit environmental impact and creating economic value beyond the life of mining.

Another panel saw the ministers of Mineral Resources, Cooperative Governance and Traditional Affairs and Trade and Industry joined by senior trade unionists and the Chamber of Mines to discuss ways to drive competitiveness, growth and stability in the sector.

Even the Association of Mineworkers and Construction Union, which typically eschews mainstream gatherings of this kind, decided to “to join and challenge the discussion’ this year, and coincided with the launch of the AMCU Trust Fund.

For me, though, perhaps most telling was that we are starting to see greater alignment on the issues between the traditional mining indaba and the Alternative Mining Indaba, where – in the past – the only point of contact was when the latter marched on the former.

A speaker at this year’s AMI was heard to say that the “the day we say mining companies must go is the day we have to throw our mobile phones into the sea, not wear rings, etc. Otherwise we need to work out how to co-exist.’

That’s not to say that I believe we have reached a utopian state of co-existence. Rather, that we have recognised that there are certain coincidences in our objectives, despite our inherent contradictions.

We acknowledge that differences of opinion will always exist amongst different stakeholders. What we are learning is that while we have different opinions on matters, these differences are not insurmountable. Ultimately, we have the same interests at heart – which is to ensure the sustainability of the industry.

In closing, I wish to echo the words of the Chamber president, Mike Teke, when he said that: “We need to work together to stabilise the industry in the short term, to realise its longer term potential in the medium and longer term.

“This is because mining and minerals matter for the growth, development and transformation of South Africa.’