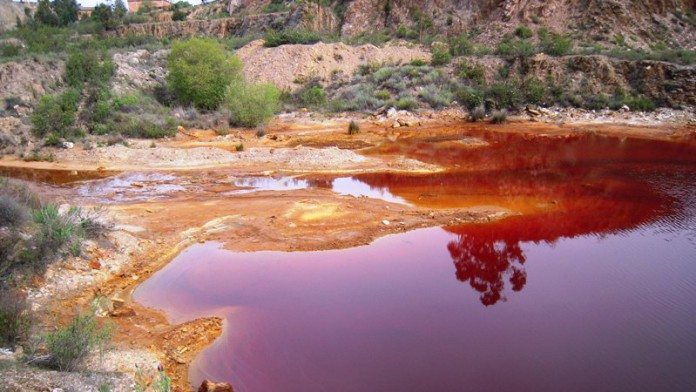 AMBIGUOUS mining policies and laws left a legacy of thousands of derelict mines and latent consequences, such as acid mine drainage that is costing the South African economy billions of rands to remedy.

For this reason, the South African government has imposed more stringent rehabilitation policies and legislation to hold mines accountable for the after-effects of their mining operations.

Legislation that controls the mining industry’s environmental obligations were recently moved from the Mineral and Petroleum Resources Development Act (MPRDA) and transferred to the National Environmental Management Act (Nema).

In November 2015, much stricter regulations were published under Nema, which compels mining houses to carry more financial responsibility for the closure of mines and the rehabilitation of the land on which mining took place.

According to Mining Review Africa, mines will need to submit three reports – an annual rehabilitation plan, a final rehabilitation plan for the final closure of the mine at the end of its operations, and an environmental risk assessment report on the dormant and remaining impact that mining activities would have on the mining site.

In the past, mines had to make provision for rehabilitation costs through either a financial guarantee provided by banks or registered insurers, a cash deposit into the bank account of the Department of Mineral Resources, or funding provisions through the establishment of a trust fund.

Although these funding mechanisms are still applicable, the contributions to and the structure of the trust fund as a finance vehicle have changed considerably. In addition there are now extra criteria that a financial guarantee has to meet.

Andrew Rumbelow, head of the private sector segment at Sanlam Investments, said up until recently mining companies could use trusts for any portion of their rehabilitation liabilities – for pre- or post-closure purposes of the mine. “But under the new regulations trusts can only be used for the financing of latent liabilities.”

Over and above the fact that trusts should be used for the sole purpose of the funding of latent liabilities, government also prescribes which kind of assets should be contained in the trust.

“These prescriptions change the playing field quite significantly, as the return on investments are lower where investors are guaranteed that they will get their original capital back.”

The new directive about capital guaranteed investments will no doubt come at a greater cost for mining companies, especially since they are now obliged to have the guarantees for latent defects in place from the first day of operations.

“In the past, mining companies could accumulate the guarantees over the remaining life of the mine. The new regulations put an additional burden on the industry,” said Rumbelow.

There are still a few grey areas in the new Nema regulations, such as the tax implications for mines that want to withdraw funds from trusts that were set up under the previous legislative regime.

“This is the one area where there’s significant uncertainty,” said Rumbelow. “If a mine does its calculations and finds that the amount of the liability is significantly lower than that of the assets in the trust it would make sense to withdraw those assets. But what about the penalties one incurs for taking out excess capital out of a trust?”

At the recent Ernst & Young Mining and Metals Quarterly Update, Reuben Masenya, director of mine closure at the DMR, said government is working on providing clarity on the grey areas.

Market has bottomed, but road ahead will be bumpy

Light at the end of the tunnel for silicosis victims

Decision time as Exxaro Resources gears up for new era