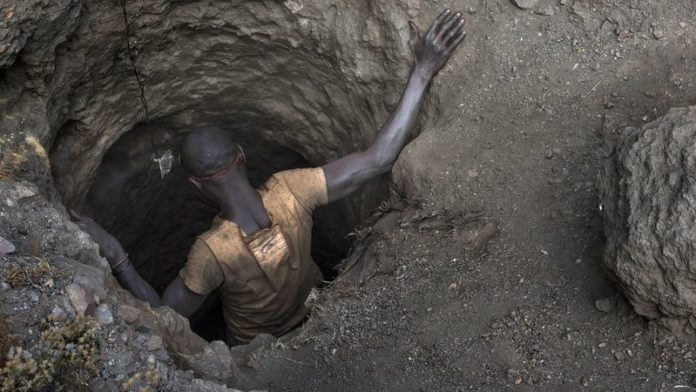 Amnesty International has called on the government of the Democratic Republic of Congo (DRC) to immediately withdraw its armed forces from the Tenke Fungurume mines to avert bloodshed.

The call today follows reports that the DRC has deployed hundreds of soldiers to forcibly remove from 2 July 2019 an estimated 10,000 artisanal miners from the Tenke Fungurume Mining Complex in Lualaba Province to the south of the country.

Tenke Fungurume is owned by Hong Kong-listed China Molybdenum and is one of the largest in DRC, according to Reuters Africa’s leading copper producer and the world’s top miner of cobalt, a key component in electric car batteries.

Sarah Jackson, Amnesty International’s Director for East Africa, the Horn and the Great Lakes, said in a statement that the miners are “merely trying to eke out a living” and “sending in the army against them would be completely irresponsible”.

“Given the long history of excessive use of force by the Congolese army and its lack of appropriate training in managing public order, the DRC government must immediately withdraw its armed forces from the mines to avert unlawful killings,” she said.

Reuters reported last month that the DRC army had deployed several hundred troops on June 18 to protect the property of China Molybdenum’s copper mine because “the company contributes to the DRC economy”.

Another human rights watchdog already then warned that the deployment was “dangerous and counterproductive”.

“The deployment of soldiers, if not well managed, risks leading to unfortunate human rights abuses, which could tarnish the reputation of the company and the supply chain for Congolese cobalt,” warned Southern African Resources Watch (SARW).

Lualaba province, part of the former Katanga province in southern DRC, made headlines last week when more than 40 illegal miners died in a deadly accident at Glencore’s Kamoto Copper Company (KCC) mine.

Glencore, Ivanhoe and Barrick routinely say the presence of illegal miners on their properties is one of their greatest challenges.

According to Amnesty International there are about 110,000 regular artisanal miners in the Katanga region, rising to about 150,000 on a seasonal basis. In the absence of authorised artisanal mining areas, many artisanal miners illegally enter private concessions.

The government estimates that 20% of the cobalt currently exported from the DRC comes from Katanga’s artisanal miners.