GIYANI Metals, a Toronto-listed firm developing the K. Hill manganese project in Botswana, estimated an initial capital cost of $281m for its venture which would generate $99m in annual cash flow when production began in 2025.

The market didn’t take to the announcement, however. Shares in the company sank to a one-year low of 17 Canadian cents per share, valuing the company at C$37m. Giyani has lost nearly 48% of its value in the past 12 months.

Jonathan Henry, executive chairman of Giyani Metals, said K. Hill had the potential to “be one of the most significant and largest battery-grade manganese producers globally”. The project will produce high‑purity manganese sulphate monohydrate (HPMSM) which is used in manufacturing llthium-ion batteries for electric vehicles (EV).

Demand for Giyani’s manganese product is expected to grow by nearly 30 times between 2021 and 2036, the company said citing independent research.

“Giyani has an early-mover advantage to meet the growing demand for HPMSM from the EV sector, which is prioritising responsible, low‑carbon producers outside of the dominant Chinese supply chain,” said Henry.

Giyani’s probable reserve grade of 18.9% manganese oxide was “the highest among its listed battery‑grade manganese peers”, the company said. This underpinned a scalable operation with an initial throughput of 200,000 tons a year of ore production “… offering potential future production capacity expansion,” it added. 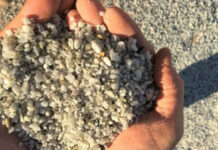