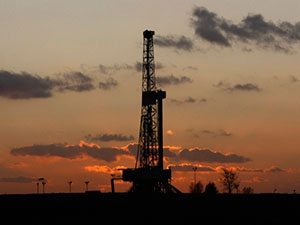 [miningmx.com] – SOUTH Africa has opened a new chapter in its shale gas aspirations for the Karoo saying it would process Challenger Energy’s exploration licence application – one of a batch to be granted for the ecologically sensitive region.

Notice that the application would be processed had been communicated to Challenger’s local subsidiary, Bundu Gas and Oil Exploration, by the Petroleum Agency SA (PASA), the Perth-based company said in a statement.

Challenger said it was necessary to update its environmental management programme since its application had first been filed in 2010. Amendments and consultation with affected communities was targeted for completion February 27, it said.

“The applications for shale gas exploration rights have been on hold since 2011, so the decision to proceed with the processing of Bundu’s application represents a major milestone and signals that the South African Government is ready to move forward with the exploration and appraisal of this potentially vital national resource,” said Robert Willes, MD of Challenger Energy in a prepared statement.

Speaking to Finweek earlier this month, Willes said there was “political momentum” for the development of shale gas in the Karoo basin notwithstanding the opposition of environmental groups against it.

“We believe there’s political momentum for this,’ Willes said. “Things could not be more front and central given recent developments at Eskom,’ he added. “The jumping off point is the exploration licence,’ he said.

Willes also said Challenger Energy was hoping to sign a farm-in agreement with a strategic partner. “We’re in fairly advanced discussions,’ said Willes who added that it may introduce another major into the region along with Shell, as well as Chevron.

There’s also the prospect Challenger Energy could debut on the JSE following the relaxation of secondary inward listing regulations.

In an industry typified by political as much as the technical challenges, the visibility of listing in Johannesburg isn’t lost on Willes. “We’re not interested in flipping the business up. We want to build a long-term business here,’ he said.