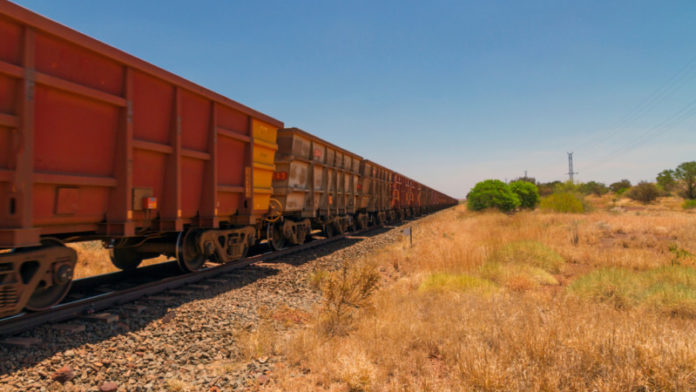 SOUTH Africa’s state-owned ports and rail company, Transnet said it planned to double the number of black-owned manganese miners with access to its rail route by adding up to eleven new companies to its rail and port allocation from April next year.

Allocation for emerging manganese miners would increase to four million tons a year from a current two million ton capacity annually. Increased capacity would also be made available at the Gqeberha and Saldanha ports, it said.

South Africa’s manganese sector represents a success story for the Department of Mineral Resources and Energy given that industry participants increased from two producers before the promulgating of the Minerals and Petroleum Resources Development Act in 2004 to about ten today.

South32 has made increasing export tons on the manganese line a priority. CEO Graham Kerr said earlier this year his company was weighing up installing a $50m rapid load out facility at its Northern Cape operations.

In terms of the manganese export capital allocation, South32 has access to Transnet’s three million tons of rail capacity of which about 2.45 million tons (Mt) was currently utilised.

Transnet also said it was encountering “challenges” increasing coal line access to emerging miners which controlled only 12% of total capacity compared to 25% for manganese if the increased allocation awards are successfully completed next year.

In the iron ore sector, however, there were no emerging miners with allocation. Transnet said previously there was a waiting list of 14 emerging iron ore miners seeking rail and port allocation.

Portia Derby, CEO of Transnet told mining investors at a conference in October that any new allocation on the coal line to Richards Bay in the country’s KwaZulu-Natal province would go to black-owned companies. “It is time we included black miners and farmers and manufacturers in our system.

“It will get ugly for a while but at the end of the day there is growth in the economy if black people become real participants, especially in mining,” she said.

Derby’s comments drew criticism from the mining sector following a warning by Minerals Council of South Africa CEO, Roger Baxter who warned that rail and port infrastructural failures could become a crisis on the scale of the country’s crippled energy sector.

Coal miners have reported huge opportunity losses as export volumes are stockpiled rather than sold at cyclically high export prices. Exxaro Resources suffered a revenue loss of just over R11bn in the second half of its financial year. “How many people know that at the logistics level, the performance is as bad as what it is at the energy level,” said Baxter at the Joburg Indaba mining conference in October.

Said Derby: “We don’t want to create another Richards Bay Coal Terminal which is difficult to get into. We want to get everyone mining in a particular commodity and put them into a joint structure to help us fund the infrastructure”.