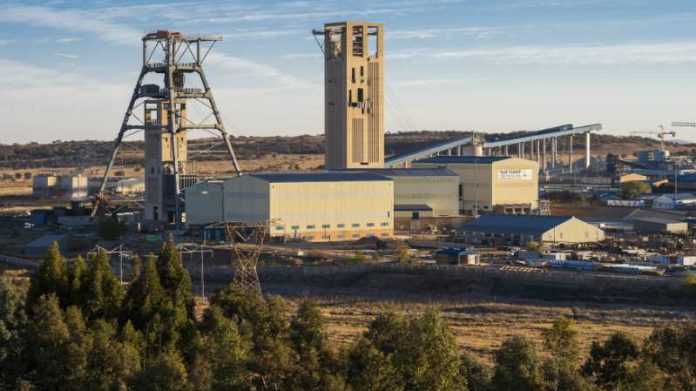 A STRIKE at the premises of Gold Fields’ South Deep gold mine, west of Johannesburg, is set to move into its fifth day tomorrow (November 7) by which time some 2,800 ounces of gold will have been lost, equal to nearly R50m in revenue.

The strike was called by the local branch of the National Union of Mineworkers (NUM) and involves about 150 members, representing less than 3% of total staff. The striking workers say they cannot support a Gold Fields restructuring proposal announced on August 14 – the latest in South Deep’s troubled history – to retrench 1,500 employees and contractors.

“Gold Fields calls on the NUM to end the strike and the associated violence, and return to work so that production can be restarted, losses curbed, and the company can work to make South Deep a sustainable operation,” the company said in an update today.

“The strike action is purportedly to try head off the necessary retrenchment of 1,500 employees and contractors. If the strike is prolonged, it will put the remaining 3,500 jobs at South Deep at risk, it added.

Sven Lunsche, spokesman for Gold Fields, was reluctant to say how long the mine could remain without production before all jobs were imperilled. Gold Fields said that South Deep was losing R3m a day during the second quarter.

All the regulatory requirements ahead of the proposed restructuring had been met by Gold Fields, including a Section 189 proposal which calls for engagement between management and unions. The NUM branch has been supported in its action by central union management.

In its update, Gold Fields reported a series of violent incidents including arson at a building used by UASA, a rival union to NUM, which doubles as a literacy education venue provided by mine management. On November 5, striking employees damaged the cars of three employees who attempted to go to work.

The evening before (November 4), a group of protestors attacked a mine protection services light armoured vehicle, which was transporting security employees to work. “The protestors threw rocks at the vehicle, and attacked it with pangas and other home-made weapons, threatening the employees inside,” said Gold Fields in its update.

“Protection services employees dispersed the protesting group by firing low-velocity plastic shots. Once again we have documentary evidence to support this. There were no reported injuries, though we are still investigating,” it added.

The NUM was also trying to prevent essential service teams from entering the mine which was in contravention of the recognition agreement between the union and South Deep, the company said. These actions were also in defiance of a court interdict secured by Gold Fields. However, in terms of an agreement between mine management and security teams, it was decided the priority was the safety of people including those on strike.

“As such, only minimum force, if at all, should be employed in the event of any conflict situations,” it said. As a further precautionary measure, Gold Fields secured a court interdict against the NUM – both as an organisation and against its leaders in their personal capacities – to prevent further violence and intimidation.