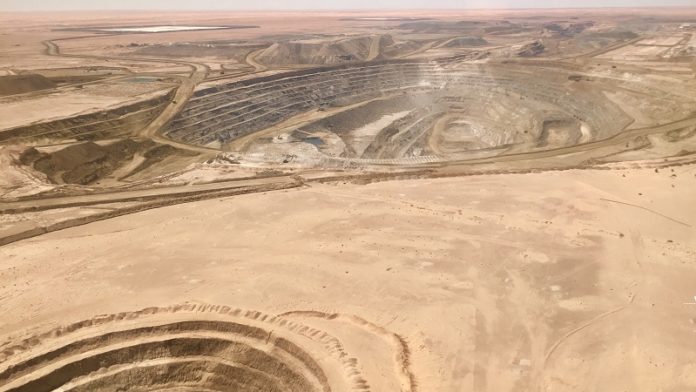 KINROSS Corporation described a strike that started today among unionised employees at its Tasiast mine as an “opportunistic course of action during the global pandemic”, and said it disagreed with its basis.

“The company disagrees with the basis of the strike notice but remains open to discussions with the staff delegates to resolve the situation,” it said. The company did not detail the union demands but more information is later today when it publishes its first quarter production results.

The world’s mining companies have embarked on additional and stringent health and safety protocols in order to protect employees from the COVID-10 pandemic which has resulted in mine lockdowns in some jurisdictions.

Kinross said it had “rigorously complied” with  the collective labour agreement that had been finalised in November as well as applicable labour codes.

“There have been four short labour actions at Tasiast since Kinross acquired the mine, the last being in 2016,” the company said. “The average length of these labour actions have been approximately nine days, and none have had a material impact on the company.”

Endeavour Mining, SEMAFO merger proposal vote set down for May 28