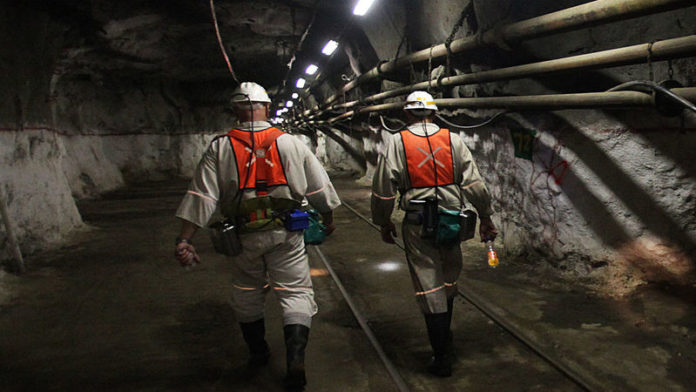 MINERS at Sibanye-Stillwater’s South African gold operations look set to down tools this month – barring a New Year miracle – after wage talks deadlocked late in 2021, setting the stage for a strike.

“Sibanye is leaving us with no alternative than to commence with a strike balloting process, if they are going to remain on the current exceptionally low offer and their failure to have constructive engagements,” Gideon du Plessis, General Secretary of the Solidarity trade union which represents mostly skilled workers and artisans, told Miningmx.

Solidarity is one of four unions which have presented a united front to Sibanye-Stillwater, the others being UASA, the National Union of Mineworkers (NUM), and the Association of Mineworkers and Construction Union (AMCU). This quartet spans the ideological spectrum but unions in the mining sector have buried their differences as they seek to retain relevance in the face of mechanisation and other forces undermining their bargaining power.

The wage talks, which got nowhere under the arbitration of the Commission for Conciliation, Mediation and Arbitration, will almost certainly not advance further. Sibanye-Stillwater has made it clear that its latest offer was final on the grounds it cannot afford more even at current gold prices which are relatively robust at over $1,800 an ounce.

Sibanye-Stillwater on 17 December offered an olive branch with an eye on the festive season, saying in a statement that it “has decided to pay employees at the South African gold operations back-pay for the months of July, August, September, October and November 2021 based on our current wage offer, even though we have not yet reached an agreement on wage negotiations with unions.”

Extra money can also come in handy in the event of a strike.

In this looming showdown between business and labour, Sibanye-Stillwater CEO, Neal Froneman probably has the best deck of cards at hand. The NUM union has said that given the money that Sibanye-Stillwater is making from its platinum group metal (PGM) operations, it should be able to afford a more generous offer in line with the one that Harmony Gold agreed with unions last year.

But Sibanye-Stillwater is adamant that it does not cross-subsidise between its assets. And that PGM cash will keep it afloat in the event of a protracted gold strike – a cushion that Harmony pointedly lacks.