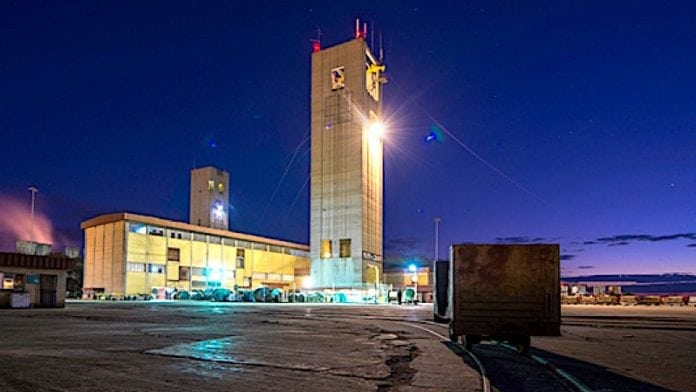 HARMONY Gold has suspended its Tshepong life extension project in an effort to stem group losses at the headline earnings level following R4.4bn in anticipated write-downs.

Capital allocated to the project would now be directed to the firm’s R4.59bn Zaaiplaats project as well as the Kareerand project. Tshepong’s life of mine would therefore return to seven years from the 19 years anticipated in the extension project.

Tshepong is be restructured such that two divisions would be created – Tshepong North and Tshepong South – that would report their production numbers separately. This would allow Harmony to isolate performance and take decisions on the future direction of the mine.

Tshepong comprised R3.6bn of total impairments announced by Harmony in a trading statement today which has resulted in headline earnings for the group’s 2022 financial year ended June 30 declining by between 53% and 44% to 461 and 549 South African cents.

The expected decline in earnings was also a consequence of including production costs from Mponeng, acquired from AngloGold Ashanti in 2021, for the full financial year versus only nine months previously as well as inflation in labour, consumables and electricity costs.

The balance of impairments reported comprise R522m at Moab Khotsong, R145m at the Bambanani mine, which was previously reported when Harmony said in February it would shut earlier than planned, and R144m at Kusasalethu mine.

The impairments at Kusasalethu relate to a revised life of mine plan which includes decreases in planned tons and grade. The mine has two years of life left, said Harmony.

Tshepong and Bambanani are in South Africa’s Free State province whilst Kusasalethu is located in Gauteng province. All three represent Harmony’s older mines and therefore the financial pressure felt in the current high inflationary environment suggest time is running out for Harmony as it seeks to develop alternate sources of production.

The suspension of the Tshepong life extension – its North sub-75 project – is not a complete surprise after Harmony CEO Peter Steenkamp said in July the company was “weighing up investing in lower risk assets versus spending capital of mines … that we do not believe will be able to realise meaningful returns in the current economic environment”.

Steekamp said today that Harmony would “prioritise investment in our high-grade assets” in order to achieve “a more balanced production split and ensure all of our mines are safe and profitable”.

Details of the reallocation of capital from the Tshepong would be disclosed at Harmony’s full year results presentation scheduled for August 30, said Jared Coetzer, spokesperson for Harmony Gold.

Expected lower basic earnings year-on-year and an expected loss incurred at the basic share earnings level were the result of a translation loss on dollar denominated debt compared to a gain in the 2021 financial year and a lower derivative gain.