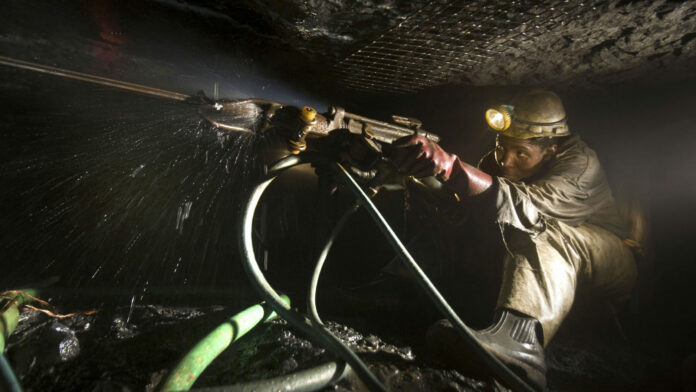 PAN African Resources kept the full year dividend unchanged despite a robust performance for the 12 months ended June, opting to keep its powder dry ahead of a 40% increase in capital expenditure this year before it nearly doubles again in the next.

Pan African also amended its dividend policy which would be 40% to 50% of discretionary cash flow.

These include the extension of its Evander Gold Mines at a cost of just over R800m over the next five years and the extension of Royal Sheba at its Barberton Mines operations. Once completed Pan African will have 14 years of gold production from Evander equal to about 65,000 ounces a year.

The company also recently completed a bankable feasibility study of Mintails, a large surface tailings gold resource west of Johannesburg that could provide 50,000 oz/year in gold production for 13 years. It extended the purchase date for Mintails to September 30. The development of the Mogale section of Mintails is estimated to cost $161m (R2.8bn).

The company is also conducting site preparation for construction of an 8MW solar renewable energy project at its Barberton Mines and is considering an expansion of the 9.9MW solar plant at Evander Mines to 12MW.

Pan African produced a decent financial performance with headline earnings increasing to 3.93 US cents/share (2021: 3.87c/share) after registering virtually unchanged taxed profit of $75m for the year.

Commenting on prospects, Pan African CEO Cobus Loots said the company would focus on its smaller operations. Roughly 87% of production came from Evander and its Elikhulu surface gold retreatment plant. “A key focus for the year ahead will be the smaller underground operations at Barberton Mines to ensure that these high grade assets perform to their ful potential,” said Loots.