ENDEAVOUR Mining today published the results of exploration work in Côte d’Ivoire which it described as “one of the most significant” new gold resources in West Africa .

“It ranks as one of the most significant discoveries made in West Africa over the last decade and shows potential to be another flagship asset for the company,” said Sébastien de Montessus, CEO of Endeavour Mining in a statement.

He added that the discovery underlined the advantage of being the largest producer of gold in the West African region. Endeavour has a large footprint in Burkina Faso which has been subject to a number of terrorist events.

Endeavour said that it had “significant exploration potential” at the Assafou deposit in the Tanda-Iguela property where the delineated indicated resource totalled 20% of the identified three kilometres long by 350 metres wide mineralised system.

An “aggressive” exploration drilling campaign would be undertaken in 2023, it said.

“With this new important discovery and exploration success across our portfolio, we are well on track to achieve our target of discovering between 15 to 20 million oz for the five-year period ending in 2025,” said De Montessus.

In October, Endeavour said it had started construction of the $448m Lafigué gold project with first production of a proposed 203,000 ounces a year forecast in two years. Lafigué, located on the Fetekro property in Côte d’Ivoire, was discovered by Endeavour.

Gold production from Lafigué would be at an all in sustaining cost of $871/oz over an initial 12.8 years of mine life. Cash costs were estimated at $721m.

Endeavour also targeted potential expansion through the discovery of up to two million oz of measured and inferred resources by 2025. “Lafigué is expected to improve the quality of our portfolio,” said De Montessus.

The group has forecast full year production of 1.32 to 1.4 million oz for this year at $880 to $930/oz in AISC. De Montessus said in August Endeavour’s production numbers for the six months were “solid”.

Endeavour took centre stage in global gold industry consolidation in 2019 and 2020 in an effort to leapfrog into the top ten largest gold producers with production of over a million ounces annually. Since then, however, it has sought to restyle its investment offering focusing on organic growth and returns. 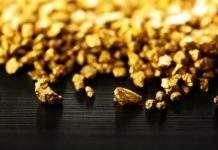