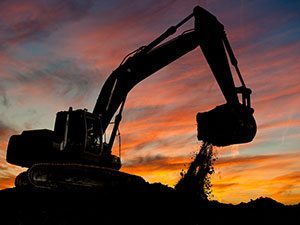 [miningmx.com] – SOUTH Africa mines minister, Ngoako Ramatlhodi, made the best of a very bad situation when he said yesterday he would allow the High Court to rule on the “once-empowered, always-empowered’ principle in the Mining Charter.

“It was a good PR exercise on behalf of the Department of Mineral Resources (DMR),’ said Nicola Jackson and Eric van den Bergh, both partners at law firm Fasken Martineau’s global mining group.

“His announcement sends the right message to current (and future) industry stakeholders that the DMR values the participation of the industry players, and that it’s cognisant of the ramifications of the ‘once-empowered, always-empowered’ principle not being applied.’

Jackson and Van den Berg said that despite the practical issues that lie ahead, it was a good call for Ramatlhodi to look to the courts for clarification on the “once-empowered, always-empowered’ matter. “Any other route would only exacerbate the trust issues between government and the sector.’

However, whether Ramatlhodi and his legal team would successfully argue against the contentious principle in court remains to be seen.

“It’s difficult [to predict the outcome], because the charter is a very nefarious, nebulous document,’ said Chris Stevens, a director at Werksmans Attorneys.

“Apparently the senior council of the Chamber of Mines is of the opinion that this principle does apply, but the charter is silent on whether you need to maintain your empowerment status.’

Stevens’ personal view is that it would be “irrational of government to tell the mining companies they have to maintain their 26% black economic empowerment (BEE) status “forever and a day’.

“It affects mining companies’ marketability of the shares and the equity they hold and I think it’s incredibly unfair on the BEE partner to expect them – if you’ve done a genuine BEE deal – to have maintained their 26% up until the end of 2014.’

Another big question is whether mining companies will be expected to adjust their BEE-ownership upwards to comply with the BEE-codes drafted by the Department of Trade and Industry (DTI).

According to these “generic BEE-codes’ that falls under the new BEE Act all companies need BEE-ownership of 50% and there’s a discrepancy between the Mining Charter’s stipulated 26% and the said percentage of the BEE-code.

Jonathan Veeran, partner in the Africa Mining and Energy Projects Practice at Webber Wentzel, is of the view that the BEE-codes won’t trump the requirements set out in the Mining Charter.

“I think mining is distinct from that because the Charter has been in existence for a while longer than the generic BEE codes,’ he said.

“I know there is a trumping provision in the BEE law, but that will also need to be tested by a court. I think each of those pieces of legislation has a different genesis,” he said.

“They deal with distinctly different types of industries. There’s not going to be a one size fits all solution.

“For example, a coal company that provides coal to Eskom will need to meet Eskom’s procurement policy and the generic BEE codes by the DTI. But to comply with the MPRDA you need to meet the requirements of the mining charter.’

Stevens also doubts that the BEE-codes would trump the Mining Charter. “I don’t think it will at this stage. But it does not mean that they may not try and align the BEE Act with the Charter. At the moment I’d say the mining charter applies.

“I can understand if they want to apply it to new applicants for a new area,’ Stevens said. “Maybe they can justify that, but at least the party coming into the industry then knows what his in for upfront. But it shouldn’t apply to any existing operations.’

Jackson said with the current state of affairs in the industry, it would be a tough ask for mining companies to reach the BEE Act compliance levels immediately.

“But this will probably be adopted at a later stage in the form of a phased-in approach. No doubt that that is when the next battle will begin.’