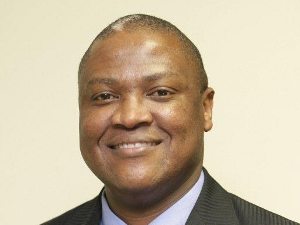 [miningmx.com] – David Msiza, South Africa’s chief inspector of mines, said it was “regrettable” junior mining companies operating in the country thought honest discussions with the government were not possible, at least some of the time.

Msiza was responding to a live poll at The Junior Indaba conference in Johannesburg today in which 31% of some 200 delegates said they could not do “honest business” with the Department of Mineral Resources (DMR).

Msiza is the chief inspector of mines, a unit in the DMR that is responsible for issues such as health and safety. He was attending the conference in the stead of mines minister, Ngoako Ramatlhodi.

“We believe investors and all juniors can do honest business in DMR,” said Msiza when asked to respond to the outcome of the poll which was done whilst he occupied the conference stage.

“One of our strengths is that our spirit of being able to engage and rise up over challenges,” he said. “Perceptions of dishonest engagements is regrettable for us,” he added.

According to a 2014 report by Transparency International – 2014 Corruption Perceptions Index – South Africa ranked 67th of some 175 countries. Denmark topped the index meaning that its public sector was considered to be “very clean.

Msiza said that engagement with the sector had been improved through Ramatlhodi’s joint reboot of the Chamber of Mines backed MIGDETT process. He also planned for a ‘imbizo’ with junior miners operating in the Northern Cape province.