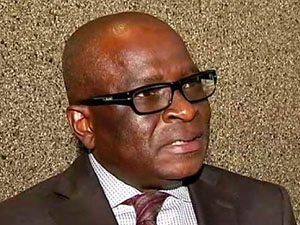 [miningmx.com] – SOUTH Africa’s Department of Mineral Resources (DMR) and the Chamber of Mines (CoM) have agreed to resolve a dispute over the interpretation of the mining charter out of court.

Advocate Mahlodi Sam Muofhe, special advisor to Ngoako Ramatlhodi, South Africa’s mines minister, said in a text message this morning that the DMR and CoM were wary of the unintended consequences of hearing their dispute in court.

“The matter between the Chamber of Mines and the DMR due to be heard in the High Court may have to be attended to differently,” said Muofhe. “We are alive as litigants who work together in the Mining Industry Growth and Development Task Team.”

On March 31, the CoM and the DMR jointly announced plans to have a contentious issue in the mining charter heard in the High Court. This was the matter of ‘once-empowered, always-empowered’ which had crucial implications for the audit results of the charter.

If the principle was acknowledged – all empowerment transactions would be recognised even if they had proved to be unsuccessful or the black-owned parties had sold their shares – then the mining industry would have achieved at least 26% BEE since 2004.

If the principle was not recognised, then the mining sector had failed to meet its 26% empowerment target and, perhaps more importantly, would have to maintain its BEE credentials in perpetuity.

After first failing to meet the end-April deadline for submission of the joint application to the High Court, it was then decided in terms of correct legal process that the DMR and the CoM ought to be in contestation.

Mark Cutifani, CEO of Anglo American and a past president of the CoM, then put special focus on the matter in an address to the Gordon Institute of Business Science on July 30 in which he said taking the matter to court was not the best way of resolving differences.

“I support the chamber in being the application for the declaratory order, but in my view it’s not the place to get the answer,” said Cutifani.

“You have to bring it back and discuss it in a way that renders the declaratory redundant. I’m in the process [as a member of the chamber] but I have the strongly held view there has to be a conversation of people around the table,” he said.

Muofhe said today that “adversarial litigation often has unintended consequences of damaging relations”, adding that “… the DMR and the Chamber of Mines will, without prejudice, commence with the process of engaging with each other the sole object of which will be to explore possibilities of resolving our differences of interpretation in respect of the Mining Charter Assessment Results outside the High Court process”.

Roger Baxter, CEO of the CoM, could not be contacted at the time of writing, nor had he responded to a text message, but he told BDLive on August 11 that his organisation was both engaging with the DMR and continuing with the court process.

“While it was suggested at the presidential-business meeting that litigation be suspended and that a negotiated process be pursued, the chamber did not agree to suspend the declaratory order process,” he told the newspaper.

“The declaratory order process will continue unless directed otherwise by the chamber’s council,” he said. “The chamber remains committed to seeking a negotiated solution,” he said.