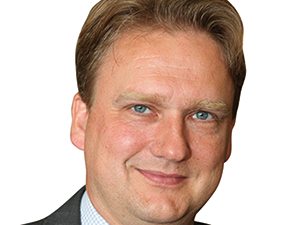 Pallinghurst Resources made a net profit of $45m in the year to end-December – marginally up on the $44.6m made in financial 2016 – yet the hefty discount at which the Pallinghurst share price stands to its net asset value (NAV) remains firmly in place.

At the end of December Pallinghurst reported a tangible NAV of US$0.37 a share which is equivalent to R4.44 at the current exchange rate of about US$1/R12. Yet the Pallinghurst share price was trading on the JSE on Tuesday afternoon at just R2.42 representing a discount to NAV of 45.5%.

That persistent discount has been the bane of Pallinghurst’s existence since the company listed on the JSE nearly 10 years ago defying forecasts by CEO Arne Frandsen and chairman Brian Gilbertson that it would be removed over time. Frandsen – who is now stepping down as CEO – remains optimistic commenting he is confident that the new management team at Pallinghurst “will continue to unlock the value of the company, for the benefit of all our shareholders.”

Following a radical restructuring during 2017 Pallinghurst has been converted from a “closed-end investment company” into an “evergreen operating mining company”.

It has taken 100% ownership of coloured gem-stone producer Gemfields and will sell 60% of its stake in manganese and steel-making material company Jupiter which intends relisting on the Australian Stock Exchange. Pallinghurst will retain its 6% stake in unlisted platinum group metals producer Sedibelo which Frandsen said was expected to report a loss for 2017 but was debt-free.

As part of a management reshuffle Frandsen will be replaced as Pallinghurst CEO by Gemfields CEO Sean Gilbertson. He will remain a managing partner of Pallinghurst Capital Partners – a private equity platform which will “manage Pallinghurst’s financial investment in Sedibelo”.

Frandsen commented that Sedibelo’s valuation had been kept at the same level as in the interim accounts while the Jupiter investment had increased in value by $33m.

Overall, he said there had been “a significant increase in our asset base ” but added, “I believe this still does not fully reflect the inherent, long-term value of our investment platforms and we continue to actively pursue the realisation of their full potential.”