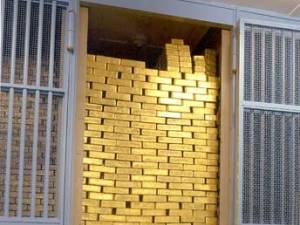 [miningmx.com] – A FIRST deputy governor of the Russian central bank, Dmitry Tulin, said on Tuesday that the bank was increasing its gold reserves, said Reuters.

According to central bank data, Russia’s gold reserves rose to 40.1 million troy ounces as of May 1 compared with 39.8 million ounces a month earlier, the news agency said.