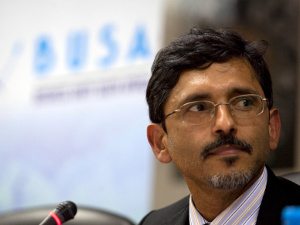 “The mining industry is in trouble,” Patel said on Talk Radio 702, citing the recent downturn in the metal industry and subdued demand from China.

President Jacob Zuma’s government was due to hold an urgent meeting with mining houses and trade unions later in the day after companies announced they would have to retrench workers to counter high costs, said Reuters.