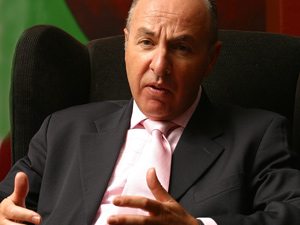 [miningmx.com] – THE referral of the Mineral & Petroleum Resources Amendment bill back to South Africa’s National Assembly is not an ‘open sesame’ to wholesale alterations in the amendments, but it does have certain practical consequences.

Asked if the failure to promulgate the proposals would undo the positive aspects of the proposed bill, Webber Wentzel attorney, Peter Leon said: “The short answer is that Parliament can only deal with the constitutional issues referred to it by the President”. It was not “… an ‘open sesame’ to revisit the whole Bill”, he added.

The constitutional issues to which Leon refers are that the amendments were rushed through the National Council of Provinces (NCOP), the Parliament’s upper house.

Prior to the January 16 news that the bill had been vetoed, Peter Attard Montalto, an analyst for Nomura International, made this point: “The DMR (Department of Mineral Resources) is … trying to use the argument that it was unconstitutional because of procedural issues within the NCOP chamber of parliament”.

Had the bill been promulgated, it was likely that the South African Parliament would have “… rapidly deploy[ed] new amendments in parliament, where needed, to provide regulatory certainty,” said Attard Montalto.

Now that it had been vetoed, it was possible that more ‘codification’ would be provided with the amendments, he added citing a recent meeting with Ngoako Ramatlhodi, South Africa’s mining minister who first requested President Jacob Zuma not to approve the amendments.

However, the Chamber of Mines of South Africa is bitterly disappointed by the development. It feels that several years of hard bargaining, and some progress, would be replaced by more regulatory uncertainty.

One of the practical problems of the failure to get the amendments through is the proposed streamlining of the mining and prospecting permit process has been returned to the back-burner.

Former mines minister, Susan Shabangu, said in January last year that the amendments would help reduce the waiting time for a company approving a mining project and winning the necessary permits from the estimated average of 3.5 years to 300 days.

The amendments were also supposed to put the environmental permitting process into a one-stop shop; in other words, housed in the Department of Mineral Resources instead of the previous system where miners apply to a number of different departments before winning environmental clearance to mine.

The major beneficiaries may well be the oil and gas companies which have been seeking to undo the free-carry the amendments propose be given to the South African government for new projects.

That would be a significant advance for energy companies specifically and the South African economy in general, but it’s hard on the long-toiling miners.