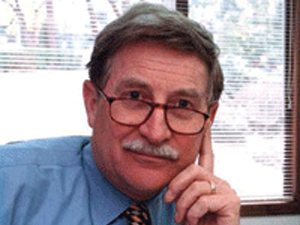 [miningmx.com] – Gold “guru’ Martin Murenbeeld – chief economist at Dundee Capital Markets – has issued his forecasts for 2015 indicating a rising gold price along with a message that will please gold investors – he thinks he’s being too cautious in his predictions.

The Canadian-based analyst makes his projections based on econometric models and issues three scenarios – ranging from bearish (scenario A) to bullish (scenario C) – from which he derives a “probability weighted’ overall prediction.

For 2015 that probability weighted prediction calls for gold to rise from an average of $1,202/oz in the first calendar quarter to $1,277 in the fourth quarter and then continue rising to reach $1,311/oz in the second quarter of 2016.

Murenbeeld has an impressive record of calling the gold price correctly over the past decade although he got it badly wrong in December 2011 as gold came off its highs around $1,700/oz .

He expected the metal to recover strongly because of the global sovereign debt crisis. He subsequently revised his forecasts highlighting the increasingly poor “technical’ outlook for gold while still pointing to the fundamental factors that should have been pushing gold higher.

That experience seems to have had an impact on his latest predictions which – according to Murenbeeld – may turn out to be too pessimistic.

He commented in his last report for 2014 issued last week that, “We are more bullish than the actual numbers suggest, which results partly from the judgement that 2015 will see more financial and geopolitical fireworks.

“These tend to boost the price of gold for a period of time which will affect the quarterly averages. The nature of econometric modelling with time-series data is such that unpredictable crises cannot be easily incorporated into the statistical analysis.

“Hence we stress that crises present an unknown positive risk to the outlook: indeed it is very possible that the average gold price for 2015 will be higher than forecast (as happened in 2014) precisely because of the many crises looming on the horizon for 2015.’

Murenbeeld’s assessment is that , ” we will only know a year from now but it “feels’ as if the gold market is finally turning.’

Providing some of the background to his scenario modelling he commented, ” the probability-weighted forecast is what we typically go with when asked for a plain-vanilla forecast ….this forecast rises over time – though slowly.

” My biggest concern is that the gold market could turn upwards faster than the models can handle (gold did on the downside too – which is a problem with econometric modelling generally) but we would like to be wrong on the downside (if we are going to be wrong) – not on the upside.

“Our concern, in other words, is that we have too low a probability on scenario C.’

He added, “the key issue is whether the macro-environment will turn sufficiently gold-investment friendly so that gold investors might return to buying gold in large quantity. ETF (exchange traded fund) demand – which turned out to be a significant source of supply in 2013 – should be flat to positive in 2015 and 2016.

“Indeed, geopolitical and financial risks (Eurozone risk, debt risk, recession risk) will remain high in 2015 meaning there is an excellent chance western investors will return to “hard assets’ including gold.

“Not to be overlooked, because many key central banks “want’ higher rates of inflation, markets could be moving into a period where inflation will become more of a concern to investors than disinflation and deflation – but probably not before 2016.’

Murenbeeld also commented that, “many gold agnostics point out that gold does not “earn’ anything. The counter argument to this would fill more pages than you’d care to read, so let me just say that the Swiss re-introduced negative deposit rates – neither, then, do some fiat currencies “earn’ anything.

“Safety has some costs, to be sure but depending on one’s perspective ( ie a Russian perspective?) gold “earns’ its keep!’