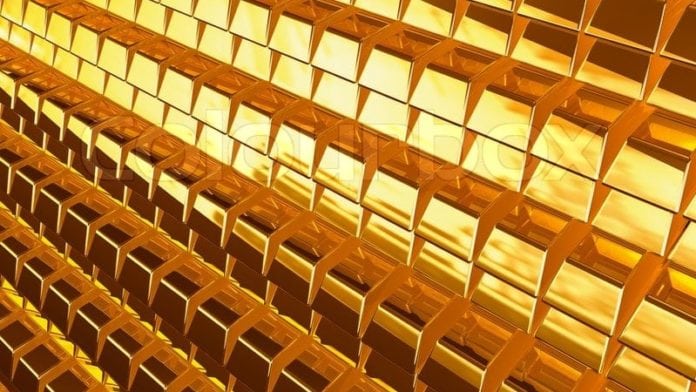 BULLION’S spot price is on a tear, hitting six-year highs on the prospect of lower US interest rates and rising tensions between Washington and Tehran, a winning combination for gold bulls. South African producers of the precious metal should see rising profits as a result, but there is no golden opportunity for an industry in a serious state of decline. And the ultimate costs to the South African economy may be high, given that Donald Trump’s actions are helping to propel gold’s run.

South Africa’s monthly mining data should put paid to any hopes that bullion’s current bull run could help revive the national gold mining industry. In April, when overall mining production declined 1.5% year-on-year, gold output slid a steep 19.5%. According to Henk Langenhoven, the chief economist at the Minerals Council South Africa, that is just the tip of the iceberg.

“The established lag between commodity price changes and production responses (between 12 and 18 months) in changing, meaning that production is not responding with the same lag as in the past, i.e. production should have been improving by now, if the relationship was holding,” he said in response to queries from Business Maverick.

Basically, the response of South Africa’s mining industry to changes in commodity prices – to reduce output when prices fall, or raise it to cash in on increases – has been a sluggish 12 to 18 months. When prices are heading south, it is hard to cut jobs. When they are rising, hiring is not easy and other costs make it difficult to expand production in a nimble manner. But even that relationship no longer seems to be holding. That underscores the extent of the industry’s woes.

That does not mean that the handful of big operators here won’t produce some stellar results for this period, though a bit of renewed rand strength in the face of the weaker dollar will take some of the shine off that (a weaker rand boosts their margins as gold is priced in dollars and the bulk of their costs are priced in rand). Harmony Gold is especially prone on this front, but so is Sibanye-Stillwater. Gold Fields and AngloGold Ashanti, with their more diversified geographical production bases, aren’t as sensitive to the rand but should still reap benefits from gold’s thrust northward.

That is showing up in their share prices. The JSE’s gold mining index is up around 50% in the year to date, versus 11% for the all-share index. But this is unlikely to spur new projects or a big boost in production.

“The Minerals Council has been saying for a long time that more than 60% of gold mines are marginal or loss making. Gold production is unlikely to recover to its previous levels,” said Langenhoven. There are a number of examples in this regard. Sibanye has been closing shafts, though its last round of lay-offs was not as deep as originally envisioned. And AngloGold has put a for sale sign on the last of its South African operations.

The industry’s challenges have long been known, with costs escalating as the shafts have sunk deeper into the earth to extract the Witwatersrand’s immense natural treasures. On the surface, there has been labour unrest, policy uncertainty, and surging power prices and wage bills. Below lies the stern test of geology at depths that reach 4 kms. Gold laid the past foundations for Africa’s most industrialised economy, but it is not the future.

Meanwhile, the gold price – which local producers have zero control over (as opposed to, say, oil producers) – may maintain its dizzying ascent for some time. Gold is up 10% over the past four weeks and according to Reuters, has broken what analysts call key technical resistance levels, peaks which thwart its uphill momentum. This has enabled its price to vault $1,400 an ounce for the first time since 2013.

Part of this stems from the actions of the current occupant of the White House, who has been gearing for a punch-up with Iran, triggering trade wars all over the show, and who will certainly applaud any cut in US Interest rates. Global tensions enhance gold’s so-called “safe haven” status –

when things are going crazy out there, it is like a store of wealth you can hide under the mattress as you ride out the storm. Lower US interest rates on the other hand bring yields down on other supposed safe havens such as US Treasuries, adding to gold’s lustre. They also weaken the dollar, which gold is priced in, making the commodity cheaper in other currencies. This of course could help prop up the rand, but beyond that there is not much of a silver lining beyond a boost for the margins of gold producers.

But U.S. President Donald Trump, this is all red meat for a big part of his right-wing political base. U.S. Conservatives have long been in thrall to the ‘gold standard’, which effectively pegged the dollar to gold – a standard that was killed by Richard Nixon in 1971. Conservative fire-brands such as radio talk show host Rush Limbaugh have promoted gold coins as a store of wealth. Senators such as Ted Cruz and Rand Paul have openly supported a return to the gold standard. For the U.S. Right, gold is seen as a shield against any inflation shocks that might be unleashed if a Godless Communist (read Democrat) gets back into the White House. And for the Republican evangelical base, Middle Eastern events such as the possibility of a looming war with Iran are unfolding Biblical prophecy. Substitute “Persia” for “Iran” and the conflict is a given.

Such a conflict would also ignite a fire under oil prices and spark a range of other economic consequences such as slowing global growth and others we will only see with the benefit of hindsight. None of this is good for South Africa, even if it is great for gold prices. When things get crazy out there, hide stuff under your mattress.

This article first appeared in the Daily Maverick.