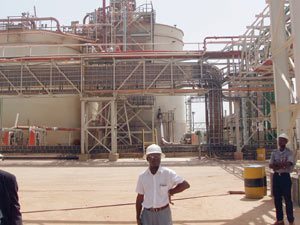 [miningmx.com] – CANADIAN gold producer, IamGold, has been identified as the credible buyer of two Mali mines owned by AngloGold Ashanti.

AngloGold said on March 31 that it was selling its 41% stake in Sadiola and 40% stake in Yatela, which produced 85,000 and 11,000 attributable ounces of gold respectively in 2014, and it had received interest from a buyer meeting the qualifying criteria.