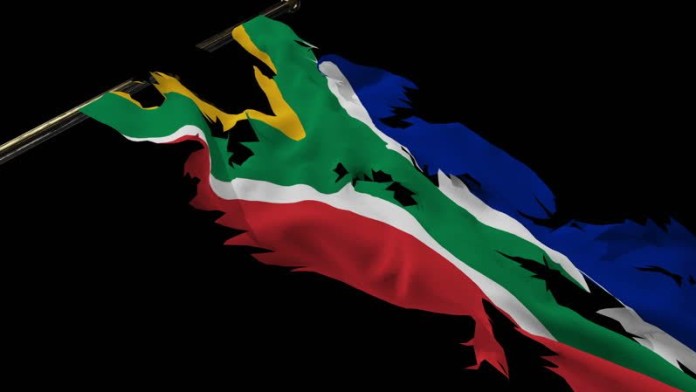 THE purchase of the Moab Khotsong gold mine in South Africa’s Vaal region for about R4bn is primarily a Harmony Gold story, but attention is also being visited on the seller, AngloGold Ashanti. Of particular interest is the notion that now might be the time to spin off its remaining South African assets: Mponeng and Mine Waste Solutions.

“We view this as a clear strategic positive, as it reduces the South African footprint while also reducing net debt,” said Goldman Sachs in a report the day after the transaction was announced. It also thought that with greater free cash flow generation, dividends might also get a boost. But then it added:

“A key question will be whether the company will revisit its previous spin-off plan. We believe such a strategy may be easier to pursue post the announced mine sales, and could release significant value for shareholders.”

Bank of American Merrill Lynch made a similar footnote. Commenting on the Moab Khotsong transaction, as well as the R100m sale of Kopanang to Hong Kong-based Heaven Sent SA Sunshine Investment which AngloGold announced on the same day, the bank believed that “… there is scope, longer term, for AngloGold to consider “doing a Sibanye” and splitting the portfolio into South Africa and International given the smaller portfolio size post transaction”.

The message is clear – as if it were needed – that South African exposure is generally a bad thing for international investors. AngloGold’s view on the demerger of its South African assets is CEO Srinivasan Venkatakrishnan’s mantra of “never say never”. Debt levels remain high in the group, however, and the focus is very much on the assets in hand.

Yet it’s remarkable how analysts have warmed to AngloGold’s sell down of South African gold ounces. “We regard these disposals to be positive for AngloGold’s deeply discounted valuation, specifically because following the disposals South Africa’s share of AngloGold’s production will fall from 28% in 2018 to 19%,” said JP Morgan Cazenove in a note.

It went on to make the astonishing observation that although the sale value of Moab Khotsong was roughly half the net present value imputed to the asset by JP Morgan, it was nonetheless still value accretive. “We regard the sale as positive for AngloGold’s investment case, believing that proceeds equivalent to 8% of AngloGold’s market capitalisation and reduced exposure to South African sovereign risk outweigh loss of value”. South Africa’s share of AngloGold’s pretax earnings also falls: to 12% from 16%.

Yet a spin-off of AngloGold’s South African assets is impossible for the very reasons it is being encouraged by analysts. Imagine trying to get that deal away in the current climate of political crisis and regulatory uncertainty?

It’s also worth remarking that AngloGold Ashanti needs the cash flow generated by Mponeng and Mine Waste Solutions especially as, according to one market source, the value of its Geita mine in Tanzania – the largest producer of gold in AngloGold’s entire portfolio – has been marked down to zero given the crisis in the East African country.

Barrick Gold’s announcement yesterday, that it would share on a 50/50 basis with the Tanzanian government the gold mines held in its 64.9%-owned Acacia Mining, is worrying. It has also promised that Acacia will pay $300m in a goodwill gesture for unpaid tax totaling billions of dollars that Tanzania said is due to it. Tens of billions of dollars? Why is Barrick pandering to the Tanzanian government’s outrageous claims?

Regardless of Barrick’s ultimate strategy in respect of its handling of the crisis in Tanzania, which has seen an export embargo on Acacia’s gold-in-concentrate exports and the possibility that Acacia may see net cash whittled down to a mere $8m as of its year-end on December 31, the precedent it hands other miners in the country is dangerous.

It puts all miners with whom the Tanzanian government wants to pick a fight in a precarious position, AngloGold included.

One final observation on South African mining is the response to Harmony’s decision to further invest there. When he first landed the job, Peter Steenkamp, Harmony CEO, wanted to buy 200,000 to 300,000 oz of gold production annually in Africa. Having struggled to make headway in that strategy he has plumped for where Harmony is strongest: on home ground, in South Africa. It’s interesting that analysts have welcomed this prospect.