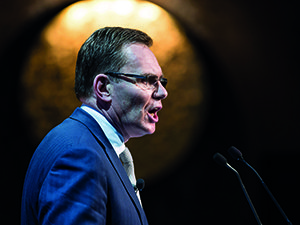 Nine months into its financial year, diversified miner BHP Billiton has maintained its full-year production guidance for petroleum, metallurgical coal and energy coal, but warns that copper and iron-ore production for the twelve months is likely to be less than initially indicated.

The production guidance for copper for the 2018 financial year has, however, been lowered from 150 000 t to approximately 135 000 t due to a slower than planned ramp-up at Olympic dam during the March 2018 quarter.

BHP CEO Andrew Mackenzie added that the company remains on track to achieve six per cent volume growth for the 2018 financial year.