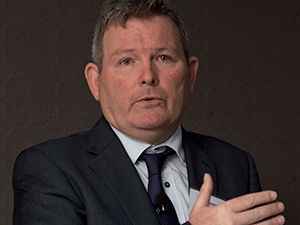 South Africa’s mines will produce perhaps 4 million ounces (moz) of platinum in total this year compared with a peak output of 5.5m oz in 2006 and will produce less than 4moz in 2017 according to Northam Platinum CEO Paul Dunne.

Answering questions after his presentation of Northam’s results for the year to end-June in Johannesburg today Dunne said not enough analyst attention was being paid to the mine supply side of the platinum demand/supply equation.

He commented, “the demand side has been analysed ad nauseum. The reports that have been produced are encyclopedic. We contend there is no corresponding level of analysis on mine supply.

Dunne attributed that declining trend to the underinvestment in replacement and new platinum mining capacity in South Africa over the past decade and the rising level of technical difficulty and costs involved in mining platinum at greater and greater depths.

“There is a qualitative overlay on the orebodies because we did not mine the hardest stuff first.   A lot of the Merensky reef has been mined out and the remaining UG2 reef – particularly on the Western Limb (of the Bushveld Complex) – is of poor quality.

“ You cannot make the assumption that all of those ounces remaining in the orebodies can be mined profitably even though the grades are homogenous. Unlike the gold mines – you cannot high-grade a platinum mine.

“In our analysis  this implies a much lower primary production from South Africa going forward unless there is capital put into new areas of orebodies. As you know a lot of those new projects are on hold at the moment.

“So they would have to be financed and restarted and that takes time.   A new deep-level shaft is going to cost around R15bn and take 10 years to develop.

“We think there is going to be a large fundamental gap by 2025 between platinum demand and primary platinum supply out of Southern Africa which holds 80% of the world’s total platinum orebody.

“Supply is going to fall a long way short. The only other areas the platinum can be sourced from are the recycle loop – which is very price sensitive and actually declined over the last year – and secondly from the rest of the world which means Russia and North America and they are small producers. “

Dunne added that if current rand platinum group metal (pgm) basket prices remained in force then there would inevitably be more merger and acquisition (M&A) activity in the South African platinum industry which would further decrease total industry platinum production.

“That M&A activity will be forced on the industry through economic necessity and there will inevitably be downsizing as a result,” he commented.

Dunne’s bottom-line assessment is that the good times for the platinum miners will return when the platinum price inevitably responds the industry’s underlying fundamentals.

The history of platinum mining has been marked by a series of severe boom/bust cycles with the mines now caught in the trough of the latest major bust. According to Dunne this bust could easily be followed by a major boom.

“When these prices move they will move quickly and very aggressively. I have seen it three times already in my career,” he commented