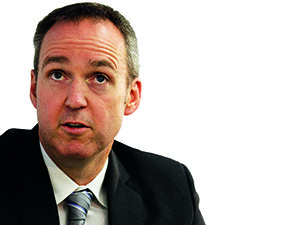 [miningmx.com] – One of the major spin-offs, or demergers, in the South African mining industry led to the creation of Sibanye Gold in 2012 as parent company Gold Fields sought to limit its exposure to South African mining given the violent and protracted union strikes at that time.

The outcome was remarkable. The starting point was a focused management team, led by Sibanye Gold CEO Neal Froneman, who knew how to take costs out of the company and which enabled him to create a highly cash-generative business.

Debt at the time of formation was R4bn, but paying dividends and improving the balance sheet of the company was not a major obstacle.

According to Goldman Sachs, demergers of this ilk do generally work well which is why there was so much optimism about the listing of South32 in Johannesburg, Perth and London on May 18.

Created from the non-core assets of BHP Billiton, South32 has some similar characteristics to Sibanye Gold although heavy debt is not one of them which is a positive for the company, led by Graham Kerr, formerly CFO of BHP Billiton.

According to the bank’s survey of 23 demergers on the Australian Stock Exchange during the last 20 years, the performance has been overwhelmingly strong both for the demerged company, and the parent that initiated it.

“While the data shows that spin-offs generally outperformed parent firms in the year following a demerger, we find that both stocks in most cases outperformed the ASX 100,’ Goldman Sachs said.

As a theme, therefore, demergers are generally a positive development. While the impact of the current downturn in the commodity market is not to be underestimated – shares in South32 are down 22% since listing – the firm’s lack of exposure to iron ore production means it is unaffected by one of the major levers of China’s slowing economic growth rates: its steel and construction sectors.

Secondly, the company is likely to pursue an aggressive cost-out process which, given the additional management focus which Kerr can give to the assets in the company, will be more pronounced than in South32’s peer group.

Perhaps it’s only the assets in South Africa that will present an obstacle to cost-cutting. Said Goldman Sachs in a recent report: “The only areas where we struggle to see cost reductions is in the South African assets.

“The combination of rising power prices as old LME [London Metal Exchange] aluminium linked tariffs roll off, power shortages in the region and labour inflation are all likely to see rand per ton costs increase… Ultimately, we expect the South African cost-base to escalate in US dollar terms,’ it said.

Thirdly, analysts expect there to be, in time, a dual process of divestments of South32’s own non-core assets, and perhaps even acquisitions given the deleveraged nature of the balance sheet assisted by the cash generating capability of Worsley and Cannington, both in Australia.

According to Goldman Sachs, South32 will be in a net cash-generating position by the end of the 2016 financial year, making it the only one of three companies with an enterprise value of more than $10bn (R124bn) forecast to be in such a position.

“The strong balance sheet provides opportunities in both capital returns as well as the ability to take advantage of merger and acquisition opportunities that may arise,’ it said.

The prospect of South32 being an acquirer was also raised by Macquarie Research: “With no debt on the balance sheet, solid cash generation and limited growth opportunities from within its exiting asset portfolio, there has been some speculation that “S32’ will look to immediately move to add growth optionality through mergers and acquisitions.’

It added that while South32 may not make a move in the first year, it could buy the shares held in Samancor, a manganese producer, by its partner Anglo American – a suggestion that was, however, rebuffed by Mark Cutifani, Anglo American CEO. “Selling our stake in Samancor is not on the cards at the moment,’ he said.

“We like manganese and we like our position and expect to continue as we are. It generates ROCE [return on capital employed] of 20% so fits well within our goals for the overall shape of the business,’ he added.

Instead, it’s more likely that Kerr will look to divest of its own assets with the Brazilian assets, CMSA and Alumar, most vulnerable partly because they sit outside the regional business hubs on which South32 has predicated a lot of its management strategy.

The choice for Kerr, said analysts, is that South32 would either have to seek additional exposure in Latin America or step back from the region. “Other potential non-core assets could be Illawarra Coal,’ said Goldman Sachs in its report.

Kerr, meanwhile, has been working hard on the company’s messaging: it is boringly consistent.

“We start day one with a strong balance sheet, we are well capitalised, have some high-quality assets and come with a group of great people,’ he said during the listing of the company on the Johannesburg Stock Exchange.

If there are major headwinds to come South32’s way, it will most probably present within the South African assets, where labour instability, power shortages and the omnipresent factor of regulatory uncertainty continue to haunt the business environment.

“At South32, we believe in what the South African government is trying to do,’ said Kerr when asked about the firm’s exposure to South African political and regulatory risk. “We are absolutely behind that in every single way. Clearly, though, if we are going to invest large capital, we need certainty around policy,’ he added.

It’s also worth noting that South32’s coal assets in South Africa are potentially a big headache for little return.

According to Standard Bank Group Equities, the 30.4 million tonne per year mines are the smallest slice of the pie contributing only $325m to net present value out of a total NPV of $12.7bn. The report was written on 17 March before the mining market deteriorated further.

Nonetheless, Kerr is adamant that expansion of two South African coal mines – the Klipspruit and Khutala collieries extensions – will be among the first capital allocation decisions that the company expects to make in South Africa.

“Klipspruit and Khutala and going along neck and neck on which is going to get an extension approval first. It will be the FY17 to FY18 before we have to make decision on the process. But those are the assets we are focusing on now,’ he said.

Finally, there is the issue of just how well South32 will be able to deliver into its returns-based philosophy.

The dividend policy has been officially set at a minimum payout of 40% of earnings, but Macquarie Research thinks that could be much higher in the first year, while Kerr works on the cost-out programme which could total $300m.

“We believe returns to shareholders could be closer to 70% in the first year as South32 rewards investors for patience, while the cost-out programme is implemented,’ said Kieran Daly, an analyst for Macquarie.